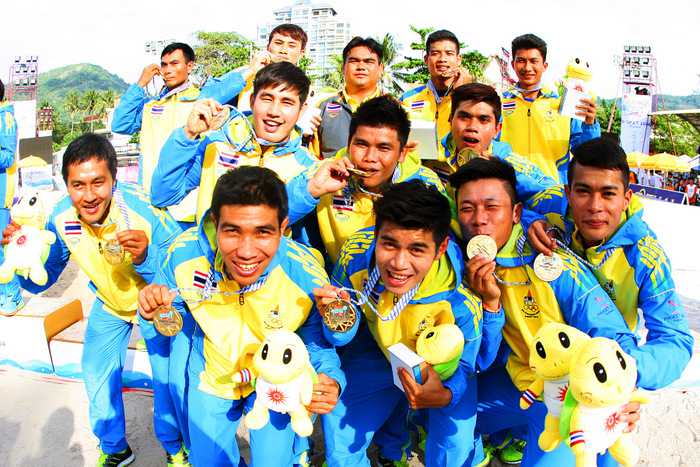 PHUKET: Hosts Thailand today extended their lead in the medal tally standings in the Asian Beach Games being contested in Phuket, bringing home at least five more gold medals in the day’s events.

Thailand closed the day with 58 medals (24 gold), while nearest contender Japan is in second place with 12 medals (6 gold).

Thailand continued to reign in the Petanque events, with Suranath Phadungsap defeating Mat M. Hafizuddin of Malaysia to win gold in the Men’s Singles, and Wannida Rooyoo defeating Manyvanh of Laos to score gold in the Women Singles.

At the time of posting this report, Thai fighters were pitching their battles for medals in the opening bouts of Muay Thai contests on Patong Beach.