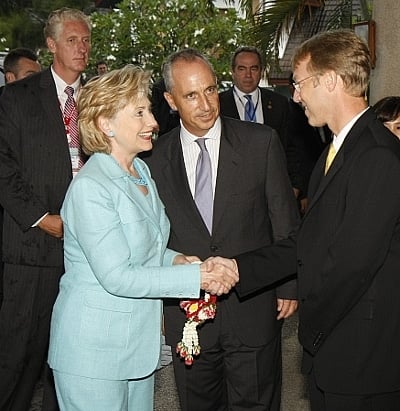 PM Abhisit said Thailand would first consult with the countries involved to confirm whether their leaders would be free to attend. Thailand would organize the meetings to ensure the highest level of confidence among attendees, he said.

“ASEAN Secretary General Surin Pitsuwan suggested that Thailand host the summit as soon as possible for the benefit of the Asean grouping as a whole,” he said.

Efforts to schedule the summit in May this year failed because Indian Prime Minister Dr Manmohan Singh would have been unable to attend, PM Abhisit revealed.

Bangkok was forced to cancel the Pattaya summit after red-shirt protesters from the pro-Thaksin United Front for Democracy Against Dictatorship stormed into the meeting venue minutes before the leaders were scheduled to meet.

It was not reported whether the government would impose an emergency decree for Phuket to ensure security.

Such a decree was imposed during the 42nd Asean Foreign Ministers Meeting, hosted at the Laguna Phuket resort complex in July 2009. Despite a few security scares, that event went off without incident.