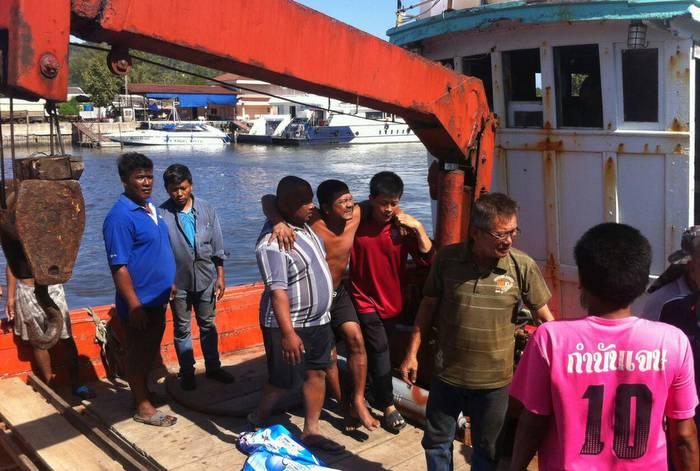 PHUKET: One man was killed and another injured after the boat they were crewing from Phuket to Phi Phi Island burst into flames and sunk this afternoon.

“The boat, which was transferring supplies to the Phi Phi Village Hotel, was near Koh Dok Mai when it caught fire,” explained Phuket Marine Police Chief Panya Chaichana. “We received an SOS from the two-man crew and immediately dispatched a rescue boat.”

However, a nearby transport boat, the Sapsin, was able to arrive before the rescue teams and save Sommat Petchrat, 42, and recover the body of Echa Sawaengwit, 59.

“We are now investigating the cause of the fire,” Col Panya said. “We have only spoken briefly to Mr Sommat, who was taken to Vachira Phuket Hospital along with the body of Mr Echa. However, we will question him later.”

Officials have yet to verify the value of the boat and the goods on board.

Last year, a 12-year-old Israeli girl on holiday to celebrate her Bat Mitzvah with family was killed after the Ao Nang Princess 5 ferry caught fire and sank en route to Phuket (story here).

Desperate plea for blood made to save German in Phuket