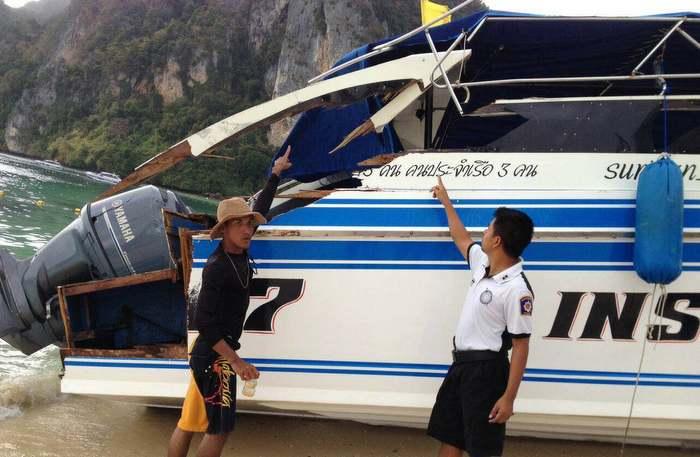 Banthita 9 and Leeloo 3, carrying a total of 80 tourists, collided near the cape of Phi Phi Lay at about 5pm, confirmed Phi Phi Police Chief Jetsada Junphum.

“Of the five injured, one was taken to Mission Hospital with a broken arm, while the others were treated for minor injuries on site,” said Lt Col Jetsada.

Suwit Saithong, the driver of Banthita 9, rushed to get his boat to Phi Phi Don, as it was taking on water, Col Jetsada explained.

Though the driver of Leeloo 3 allegedly confessed to running into Banthita 9, police have yet to charge him for the incident.

“We have to look at all of the evidence before charging anyone,” Col Jetsada said. “The two drivers will be called in today for further questioning and negotiations.”