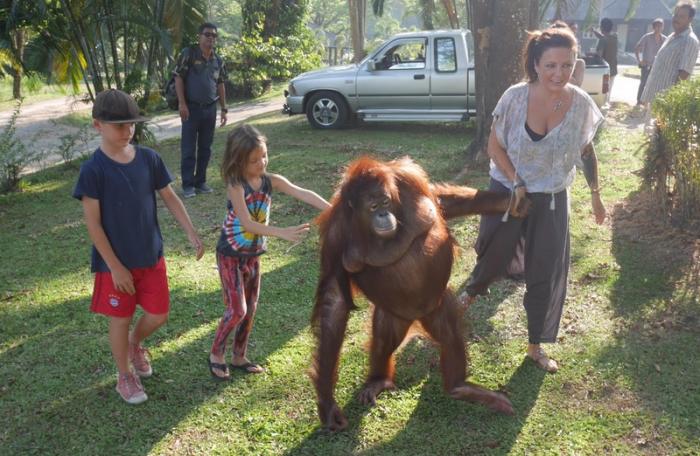 Officials spent a month preparing the case after it was initially rejected due to lack of evidence.

Phuket Zoo management stonewalled officers investigating the disappearance of the 13-year-old orangutan ahead of a raid, and her subsequent discovery in a locked cage deep in a jungle on Phuket (story here), leaving officials with no choice but to involve the police.

“We filed a complaint against the zoo owner and the zoo company for allegedly possessing and releasing the orangutan into the forest without permission,” said Piyawat Sukhon, chief of the Khao Phra Thaeo Non-hunting Zone.

“The case has been kicked back once because of lack of evidence. However, this time I believe we have enough to move forward. It is now up to the police to investigate – we are ready to cooperate and provide more evidence if needed,” he added.

Milo is currently at the Phang Nga Wildlife Nursery Station waiting for approval from the Department of National Parks, Wildlife and Plant Conservation (DNP) director to be moved to the Khao Prathap Chang Wildlife Sanctuary in Ratcha Buri, which already houses a number of orangutans.

“We really appreciate all the evidence submitted by animal right activists.Everything has been done through the legal process and we are now hoping for the best,” Mr Piyawat said.