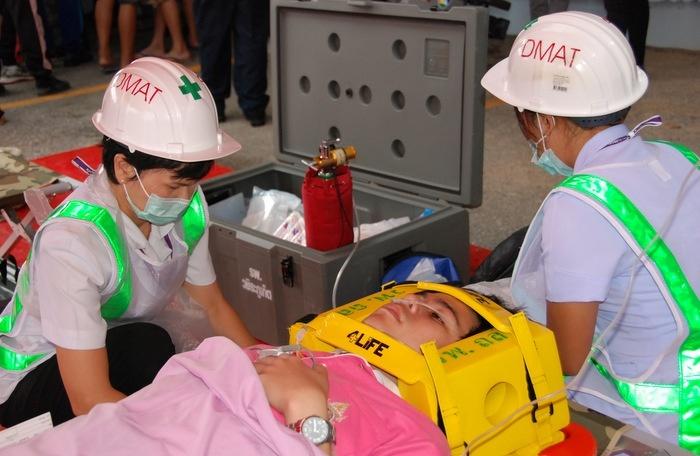 PHUKET: The national anthem will be broadcast from all 19 tsunami warning towers throughout Phuket at 1:30pm today as part of the island’s annual tsunami practice drill.

Authorities this year have opted to play the national anthem, instead of the usual multi-lingual warnings that would be used in a real event, in order to avoid panic and confusion among the public.

This year’s scenario is based on an 8.3-magnitude earthquake with a depth of about 30 kilometers south of the Nicobar Islands, causing the collapse of the Royal Phuket City Hotel in Phuket Town as well as a boat sinking at Manoh Pier at Koh Yao Noi.

“The aim of such drills is to provide knowledge and experience to the public and private sectors, volunteers, locals and tourists in case of a natural disaster,” said Trakul Thotham, director of the Department of Disaster Prevention and Mitigation (DDPM) Region 8 Office, based in Phuket.

“We hope that by providing these opportunities to practice responsibilities during the exercise, and to learn how to communicate with each other, we will be able to reduce the loss of lives and assets, should a natural disaster occur.”