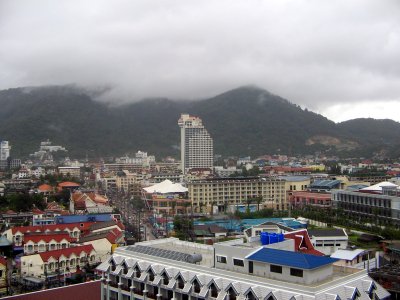 PHUKET: A provincial standing committee is considering offering “amnesty” to small accommodation establishments on the island as a way of encouraging them to register as “hotels” and raise their standards.

The move follows the announcement last month that more than 400 establishments that offer accommodation on Phuket were not properly registered as hotels. Offering a period of “amnesty” was raised as one way of enticing operators to comply.

Phuket Vice Governor Nivit Aroonrat, who chairs the committee, told fellow members most “hotels” don’t want to register as such because of the high costs associated with compliance to various regulations.

These include construction codes, disaster prevention and mitigation rules and the Environmental Impact Assessment process.

“These are complicated procedures that incur high costs,” he said.

Chief Provincial Administrative Officer (Palad) Nikul Pimon-ek-aksorn said all buildings with five rooms or more that offer rooms for rent at daily rates are considered hotels by the state.

“This includes apartment blocks and guesthouses that rent units on a daily basis,” he said.

“We are trying to get all of them to register as hotels. To do this, they must maintain hotel standards in aspects such as safety,” he added.

To register, accommodations need only report to their local District Office, which will forward the details to the provincial standing committee, said Palad Nikul.

From there, the committee can advise operators on ways to become legal and include them in any reports or suggestions sent to the Ministry of Interior in Bangkok, he said.

There are currently 43,036 rooms in a total of 708 establishments in Phuket registered with the Tourism Authority of Thailand.

The problem of “underground hotels” is a nationwide issue however.

In a related development, the Thai Hotels Association (THA) announced last week that it will work with the Bangkok Metropolitan Administration to survey hotels in 24 districts in the capital to force illegal operators to comply with the lodging law implemented in 2008.

After Bangkok, the campaign will go to Phuket, Samui and Chiang Mai.

Charoen Nudpobsuk, vice president of the THA, said that more than 40% of all hotels nationwide, with some 100,000 rooms, were operating illegally.

Most of them rent rooms through online channels, he said.

According to THA figures, international visitor numbers reached forecasts over the past three years, but the average occupancy rate at its member hotels dropped gradually by 20% each year.

Occupancy at three-star hotels in 2008 was 60% but fell to 50% during the first seven months of this year, while the average at four-star hotels slipped from 66% to 49% over the same period.

Five-star hotels also experienced a similar drop, from 62% in the last three years to 46% in the first seven months of this year.

“If we look at the visitor numbers, they remained at 14 million arrivals per year. However, hotels saw fewer customers and less income,” Mr Charoen said.

“THA estimates that [establishments offering] more than 100,000 rooms across the country are not conforming to the hotel law,” he said.

Thailand not ready to upgrade English