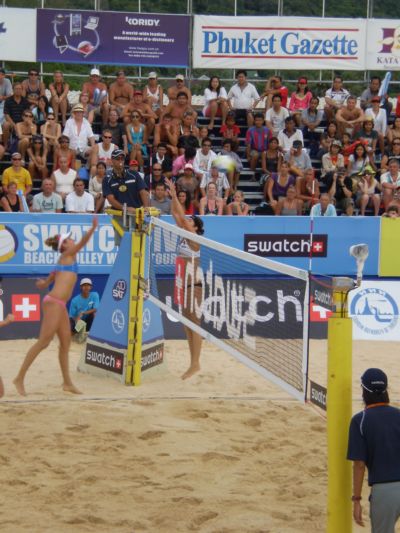 After two sets, the teams couldn’t be separated with Branagh and Turner winning the first set 21-18 and Ross and Boss the second 21-14. The final went to a nail-biting third set decider in which Boss and Ross eventually prevailed 15-12.

Earlier in the day, Tamsin Barnett and Becchara Plamer from Australia were defeated by the German pairing of Geeske Banck and Anja Gunther, in the third-place play off.

Jennifer Boss said afterwards, “We lost the first set and had to come back, so we are really happy with how we played today.”

The Swatch FIVB Beach Volleyball world tour will return to Thailand in 2009.