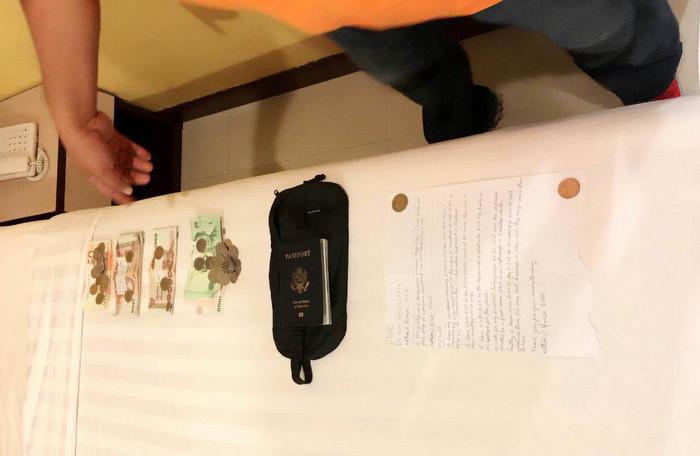 PHUKET: Police are looking into the authenticity of a hand-written letter found in the room of a Patong hotel where the body of a 26-year-old American man was discovered on Saturday.

The body of Nathan D House was discovered by housekeeping staff, said Lt Col Jessada Saengsuree of the Patong Police.

“Inside the room we discovered a plastic bag with ground-up pain killers, money, a passport and a letter. The letter requested that he not be resuscitated and mentioned that there was no foul play in his death,” said Col Jessada.

“The letter detailed that 615 Euros were left to have his body cremated in Thailand, 20,000 baht for police investigations and hospital fees, 2,800 baht for the hotel staff who discovered his body and 10,000 baht for any lost business the hotel might incur,” he said.

Police found no signs of a struggle or evidence that the room had been ransacked, but continue to investigate the case while they attempt to determine the authenticity of the note.

“A website was also left for us to look at for alleged details about Mr House’s life. We will look into it, and also gather more information from his relatives,” said Col Jessada.

A website under Mr House’s name goes into detail on the heavily debated topic of the right to die.

His body was taken to Patong Hospital for further examination and to determine the cause of death.

“Relatives are currently working with the Embassy to get Mr House’s body back to the United States,” Col Jessada said.