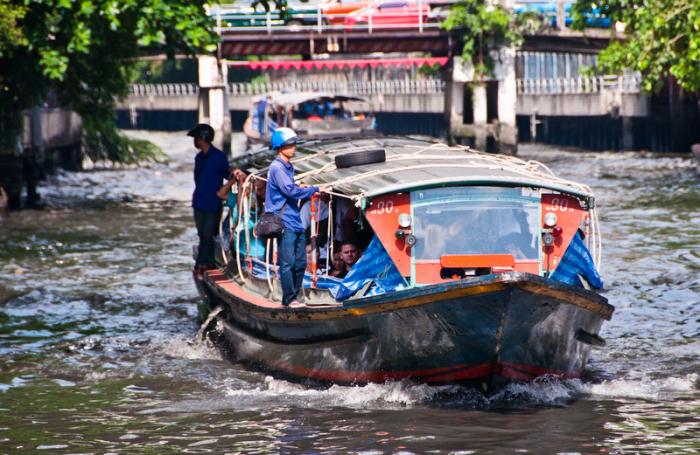 BANGKOK: The Marine Department plans to require the owners of commuter boats to check the engine and fuel system of vessels twice a year, in the wake of an explosion on a commuter boat on Bangkok’s Saen Saeb Canal on Saturday that injured 71 people.

Boat owners were previously required to perform the check annually.

Marine Department Deputy Director-general Nat Chubchai vowed to step up measures for commuter boat safety. In addition to increasing the frequency of the safety checks, he said fuel specialists should be stationed at every pier.

“Although the exact cause [of the explosion] is still not known, it is very likely the blast occurred because of LNG [liquefied natural gas],” he said.

Following the explosion, the Marine Department ordered the suspension of all 25 LNG-powered commuter boats operating on Saen Saeb Canal. They believed it would not affect commuters along the canal greatly, given the high number of boats already operating on it.

Narayu Pittayapreechanon of the Marine Department’s boat-standard unit said that all 45 boats at the Wat Sriboonruang pier were safe for ferrying commuters after being examined.

“As for minor flaws, we have already instructed the boat owners to make corrections,” he said.

The canal fleet belongs to Family Transport Co Ltd. The firm’s owner, Chavalit Methayaprapat, said he would not use LNG on the boats anymore.

“This blast affects the public, not just me or my firm,” he said. “My firm started using LNG about eight or nine years ago because the government started promoting alternative energy.”

Police have yet to press charges but an investigation is underway to determine the cause of the explosion. As of yesterday, 19 victims remained hospitalized, including four people in intensive care. Mr Chavalit promised to compensate all victims injured by the blast.