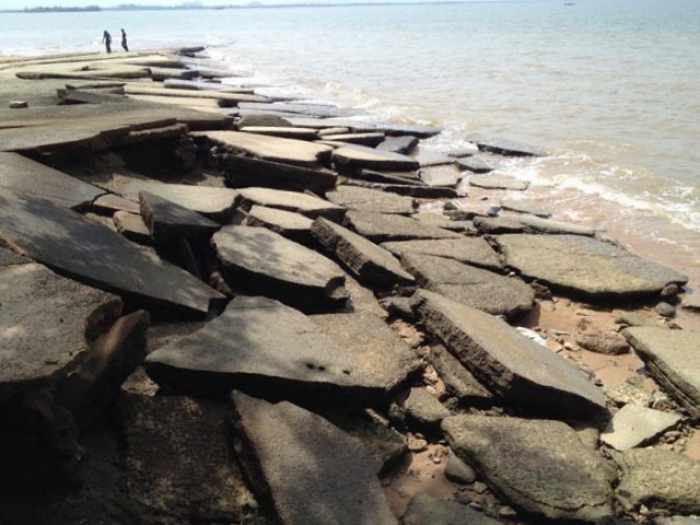 PHUKET: Recent storm damage to fossil formations in Krabi’s famous Shell Cemetery has prompted local officials to declare the area off-limits and to request a budget to build a seawall at the site.

“They have been slowly cracking since the tsunami in 2004 and have also suffered from coastal erosion.

“During an inspection yesterday, we found that heavy waves from last weekend had caused further damage and that part of the structure had collapsed into the sea.”

Chief Pinij said he had consulted with the Mineral Resources Department and come up with a two-pronged solution: starting immediately, tourists will no longer be permitted to walk on the fossils, to prevent further damage and to enhance safety for tourists.

“Tourists are still welcome, but they will have to take photos from nearby,” he said.

Second, a budget would be sought to build a seawall.

“We’ll ask for about 100 million baht for a seawall that would stop big waves from striking the fossils and also help to prevent coastal erosion,” Chief Pinij said.

“As soon as we get the budget, we’ll start the project.”