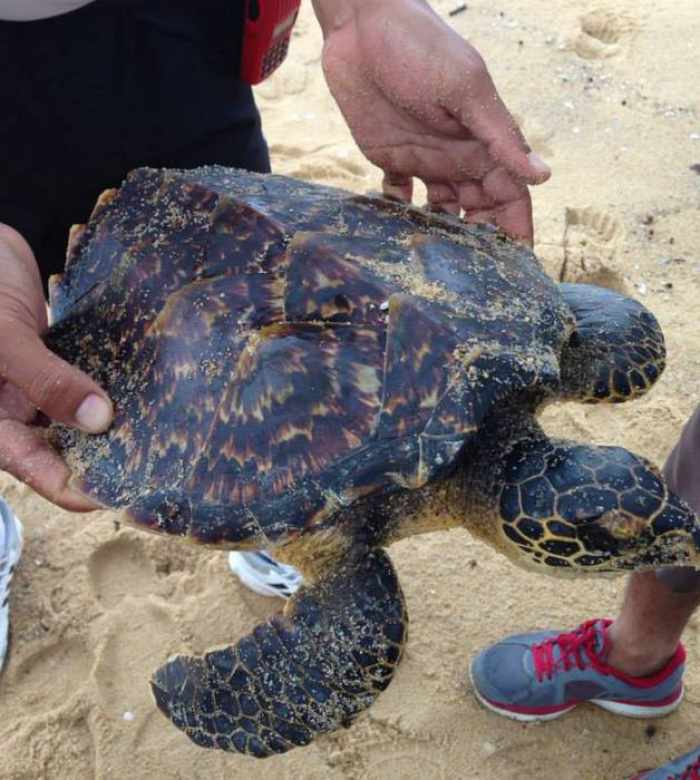 “A Hawksbill was found on June 11 and an Olive Ridley was found yesterday,” said Kittipan Supkoon of the Mai Khao Marine Turtle Foundation (click here).

“The Hawksbill is about 8-10 years old and 40 centimeters long. It washed up in a fishing net, and was slightly wounded.”

In June alone, five turtles and the bodies of two dolphins were reported to have washed ashore in Phuket.

The turtles are all being treated at the PMBC at Cape Panwa, on Phuket’s east coast, Mr Kittipan said.