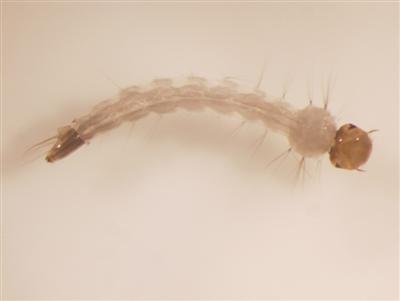 PHUKET CITY: This year could see a severe outbreak of dengue fever in Phuket if action is not taken to eradicate mosquito breeding grounds, the Phuket Provincial Public Health Office has warned.

Random inspections in every district of Phuket in January found mosquito larvae in more than 10% of residences – more than expected. The larvae were also present in schools, nurseries, temples, mosques and workplaces, he said.

Containers in which the most mosquito larvae were most commonly found were, in descending order: water containers in toilets, saucers under flowerpots, general water containers, vases and disused water receptacles. This indicates a degree of carelessness on the part of the people of Phuket, Dr Pongsawat said.

Mosquito larvae develop into the adult form in just seven days, after which they can bite people and spread the disease, he explained

So far in 2009 there have been 15 dengue cases in the province, with no deaths. But comparing this infection rate with those of the previous five years (2004–2008) reveals a greater than standard risk.

The local administrative areas with the highest infection rates were, in descending order: Karon, Rassada, Patong, Koh Kaew and Mai Khao. The age group with the most infections was the 15- 24-year-old bracket.

“Normally, June to July is the period when the infection risk is highest. After that the rate decreases. But in Phuket the number of infections increases again towards the end of the year, from October to December.

“We need to quickly eradicate mosquito breeding areas, especially in schools, nurseries, hospitals, public health centers, places of worship, hotels and residences in tourist areas. This will be for the sake of the safety of the people and tourists,” Dr Pongsawat said.

Komkai murder suspect turns himself in