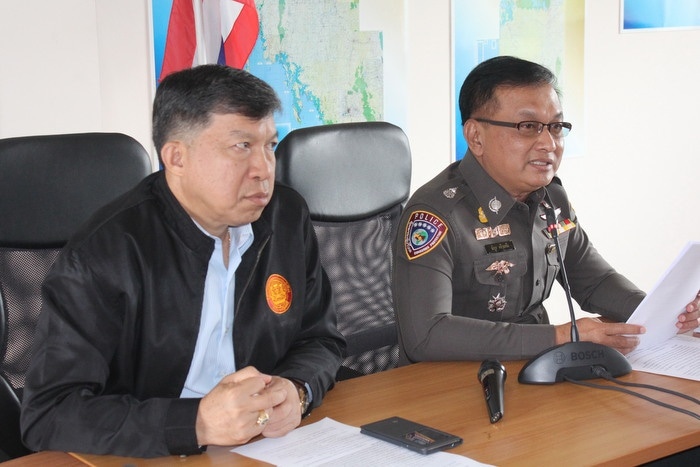 PHUKET: The developers behind the unfinished Ace 1 condominium project in Phuket are facing multiple charges after dozens of buyers filed complaints seeking compensation for down payments on the project, which was scheduled to be complete in April this year.

The company behind the project, Nine Property (Patong), was given two weeks from June 15 to address compensation to pre-build purchasers (story here), but they have yet to take any action, confirmed Ampol Wongsiri, secretary general of the Consumer Protection Board (CPB), yesterday.

“We have yet to see them take any action as per our order, so we requested the help of Consumer Protection Police Division [CPPD] and the National Anti-Corruption Commission [NACC],” said Mr Ampol.

The CPPD has since slapped the developers with five charges: defrauding the public; developing a project without permission according to Land Development Act BE 2543; generating fake IT information leading to members of the public suffering losses according to Computer Crime Act BE 2550 (2007); putting out fake or exaggerated advertisement leading to a misunderstanding of the main concept of the product or service according to Consumer Protection Act BE 2522 (1979); and failure to obtain permission to build a condominium according to the Building Control Act BE 2522.

“Evidence has been sent to the NACC in regards to suspected money laundering,” added Mr Ampol.

Officers from the CPB have been negotiating with the company to refund the buyers’ booking and down payments for several months, but to no avail, Mr Ampol said.

“Not many foreign buyers have come forward, so we are in the process of contacting them.”

In the meantime, CPB is filing an additional civil case with the Phuket Provincial Court to get the buyers’ money back.

“The Patong Police have already charged the developers with fraud. The court issued arrest warrants for three people, one of whom was arrested while the other two turned themselves in,” said Lt Col Anukul Nuket of the Patong Police, declining to name the suspects. “All three are out on bail.”

The NACC is expected to come to Phuket next week to investigate the money laundering claims, said Deputy Commander of the Consumer Protection Police Division Angkul Klaiklueng.