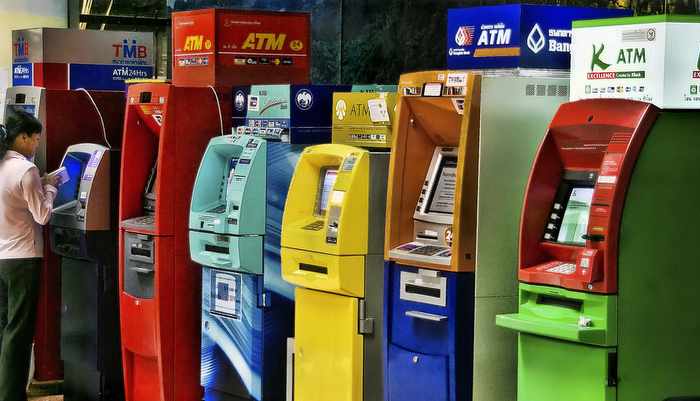 PHUKET: More than 1.4 million baht was skimmed from the accounts of 43 ATM card holders across the bay from Phuket in Krabi since August 7, Krabi City Police revealed today.

“After questioning victims, it appears that the skimming has mostly targeted Bank of Ayudhaya customers,” Col Wittaya Meksai of the Krabi City Police told the Phuket Gazette this morning.

Col Wittaya added that some of the victims included Bank of Ayudhaya card holders withdrawing money from ATMs belonging to other banks.

Those falling foul of the scam included Taweepong Charoenrup, captain of Krabi FC, who discovered that more than 300,000 baht had been illegally withdrawn from his Krungthai Bank account via an ATM in Taiwan.

“Mr Taweepong affirmed to police that he had only used two ATM machines in Krabi to withdraw cash – the Krungthai Bank Krabi City branch ATM and another in front of Krabi Provincial Hall,” Col Wittaya said.

“A number of other Bank of Ayudhaya customers have also made statements to police that they had withdrawn cash from the bank’s ATMs in front of Krabi Hospital, the Vogue department store and the Maharat Market.”

Police confirmed that Bank of Ayudhya would take full responsibility for the skimming and compensate in full all customers who had lost money from their accounts. (A special Gazette Report to protect yourself from skimming is available here).

“Police are now collecting information from all banks in Krabi to locate the ATMs that were fitted with skimming equipment. After that, we will check the CCTV footage in the targeted areas to see if we can identify the suspects,” Col Wittaya said.

Get into gear at Phuket Cycling Fest 2014