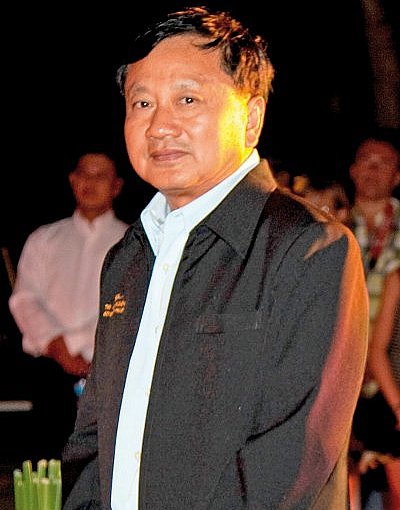 SPECIAL MESSAGE FROM THE GOVERNOR OF PHUKET

Tri Augkaradacha took up the position of Phuket Governor in October 2009 after serving almost four years as vice governor. Having already reached the mandatory retirement age of 60 years, he will finish his career in the civil service at the end of October this year.

Since his appointment as Governor, he has written a regular monthly column for the Phuket Gazette. This week, he looks back at 2011 and forward to 2012, and wishes a happy and prosperous New Year to all our readers.

PHUKET: “ON THIS special occasion I would like to wish everyone a very happy 2012. I would like to send my warmest regards and love to all Phuket residents, both Thai and foreign.

The overall situation in Thailand during the past year was not so good and the flooding in central Thailand had a wide-ranging impact. Although Phuket was lucky not to have been directly affected, we were still affected economically.

Fortunately, the flood situation is now back to normal and everything is getting better. I would like everyone to leave all the bad things that happened over the last year behind and start afresh in the new year.

Phuket has developed into a world-class tourist destination, which means we have to develop our human resources accordingly. We also have to ensure the safety of tourists and residents alike, allowing them to live here in peace. This requires a reduction in the crime rate and beautifying the island, so that it can rightly be called a ‘reception room’ and gateway to the entire Kingdom.

Phuket is just one of five provinces that comprise the Andaman tourism cluster. The others are Phang Nga, Krabi, Trang, and Ranong. With Phuket at the center, I would like to encourage people to travel to all the Andaman coastal provinces, all of which have many interesting attractions.

We have promoted Andaman coast tourism with two roadshows, the Andaman Explorer and Andaman Trade Travel Fair. These events provided the perfect chance for buyers to meet sellers. We have also promoted Andaman region tourism outside of Thailand and are very pleased with the positive feedback we got at these events.

There are still many people concerned about the readiness of the tsunami and natural disaster warning system in Phuket and other Andaman coastal provinces. Actually, the system is good already but I have developed a plan to improve it even further.

We already have 19 warning towers installed in Phuket and we plan to have the complete warning center for all five Andaman coastal provinces ready by the end of this year.

I would really like everyone who lives in or visits Phuket to feel safe here. I hope the projects I have planned will be nice presents for both local residents and visitors to the province. I hope we can continue to attract more people to Phuket, especially quality tourists. And of course I hope that we can screen out the con artists, mafia and other troublemakers to make Phuket a better place to live.

Phuket’s ‘Persons of the Year’: A Sailor’s Salute