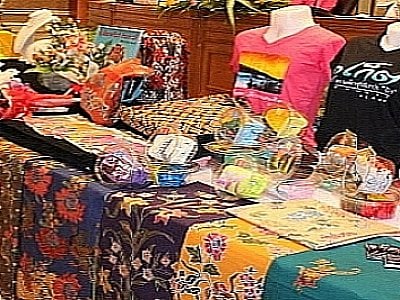 Phuket Governor Tri Augkaradacha said yesterday that the event is just one of many nationwide to improve OTOP product standards and have producers reach more consumers.

Total provincial revenue from OTOP sales, including those from SMEs and various souvenir shops, was 997 million baht last year.

More than 140 booths will be displaying products in the “3- to 5-star range” at this year’s fair, which is expected to generate 6 million baht in sales, said Kraiwut Chuaysatit, who heads the Phuket Provincial Development Office.

Forty of the featured products will be from Phuket. There will also be a wide variety of stage entertainment during the fair, which runs from July 10 to 16.

As one of Thailand’s premier tourist destinations, Phuket was given 1.1mn baht in funding to hold the annual event. The budget also includes funding for two “road shows”, during which Phuket OTOP products will be featured at events in other provinces.

The organizers will have one day to prepare the Central Staging Area at Saphan Hin for the event following the Department of Internal Trade’s “Blue Flag Fair”, which ends today.