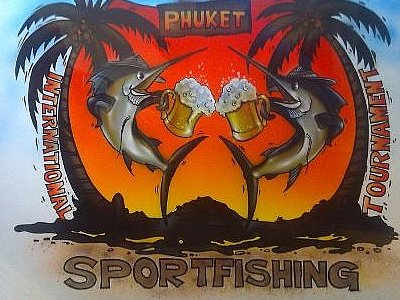 PHUKET: The 7th Phuket International Sport Fishing Tournament (PIST) has cast off with the first day of competition taking participants out into the waters off Chalong Bay.

With 80 participants who comprise 20 teams, the tournament has earned its place as the island’s premier annual fishing event which runs from November 24 to 26.

Fishing enthusiasts from around the world will be angling for Black Marlin, Sailfish, Wahoo, Tuna, Dorado, Barracuda, Giant Trevallys and many other big catches. The “catch and release” rule is applied for certain species.

The starting gun fires at 8am and the boats are scheduled to return by 7pm to have their catches weighed.

Trophies are awarded to the teams that land the heaviest fish of each species; most billfish; most points overall; top team for each of the three days; best lady angler; and best junior angler.

The tournament finishes on Saturday with prize giving at 8pm followed by a live band and late night party at the Tamarind Bar and Grill in Chalong.

For more information visit phuket-international-sportfishing-tournament.com or contact Uwe at uweschittek@yahoo.com or on 081-719 5766.