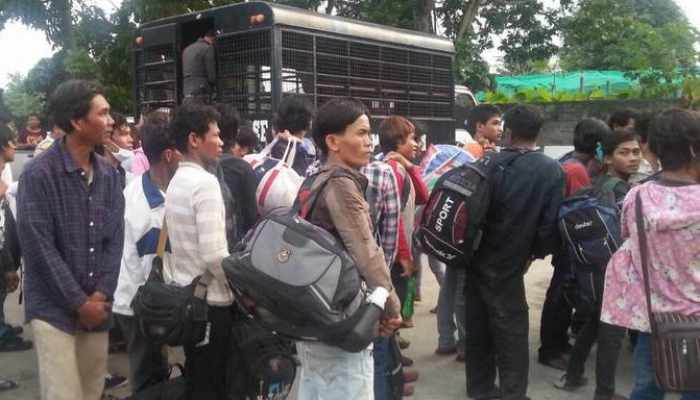 PHUKET: A group of 65 Cambodian construction workers preparing to return home were arrested in Rassada yesterday and charged with illegally entering the country.

Phuket City Police received information from undercover officers that the group would be arriving at a pier in Rassada in the evening.

“We waited at the pier for an hour, and then the group of Cambodians arrived on a boat from Koh Yao Noi at about 6:30pm,” said Capt Wichat Kongtawai of the Phuket City Police.

“They could not produce their passports and work permits, so we took them all to Phuket Immigration to be questioned.”

The group is currently in the custody of Phuket Immigration, awaiting deportation.

Those workers, who had no documents, were nabbed while they were on a Bangkok-Aranyaprathet train that arrived in Sa Kaew on Tuesday afternoon (story here).