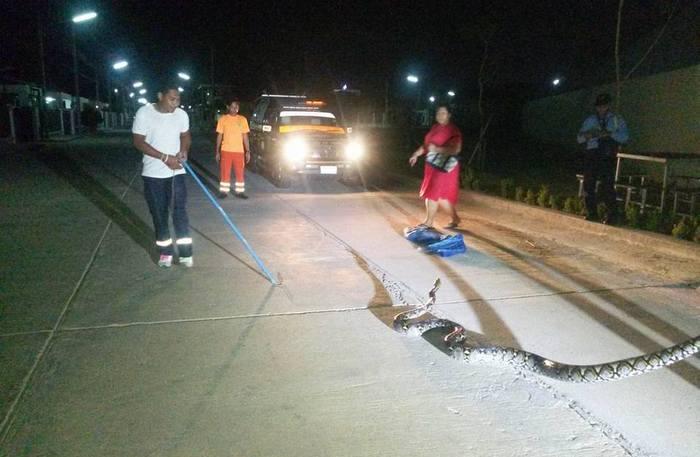 “We received a report from security guards at Villa 5 that a big python was moving around the streets in the estate,” said Phuket Ruamjai Rescue Foundation Chief Saiyan Thamaphan.

It took rescue workers only five minutes to bag the 50-kilogram snake, as it was still lounging in the middle of the street when they arrived.

“We receive calls almost every day to catch dangerous animals. We are glad to see people reporting them to us, rather than taking it upon themselves to capture them,” Mr Saiyan said.

The python was later released in the Nakkerd Hills.

Anyone who encounters a snake or other potentially dangerous creature is advised not to confront or disturb the animal, but to contact the Ruamjai Foundation at 076-283 346 or the Kusoldharm Foundation at 076-246 216 or 076-211 706. It is recommended that the caller be able to speak basic Thai.

Foul play not ruled out in death of unidentified woman