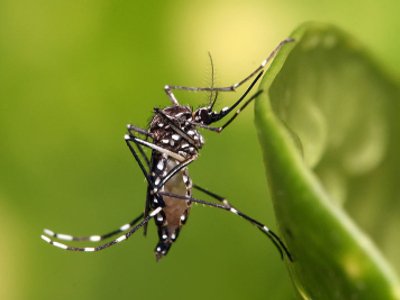 PHUKET: There have been 383 cases of dengue fever year-to-date in Phuket, but no deaths, the Ministry of Public Health says.

Dr Wiwat Seetamanotch, deputy director of the Phuket Public Health Office and an expert on the disease, said the 383 cases so far this year has already surpassed the total number of cases in 2009, when 309 were recorded all year.

The incidence rate ranks Phuket at number 20 out of Thailand’s 77 provinces, he said

That the disease is spreading more quickly under wet, monsoon-season conditions is evidenced by the fact that there were just 213 cases of dengue reported in Phuket from January 1 to June 12 this year.

“We must accept that despite our efforts to eradicate them, the mosquitoes that vector this disease are getting more difficult to control, in part due to increasing resistance to pesticide sprays,” Dr Wiwat said.

He specified a four-point strategy that is effective at limiting breeding opportunities for the Aedes aegypti mosquito that spreads misery in the form of Chikungunya and yellow fever, as well dengue.

The spread of dengue is far worse in the Deep South, where some 6,500 people in five provinces contracted the disease from January 1 to July 29, with 13 deaths.

In Songkhla Province alone, 2,592 people were reported ill with the fever and six died over the same period.

The latest victim was a 11-month-old baby who died on July 27 in Haad Yai.

Children under two years of age are especially at risk of dying from the disease.