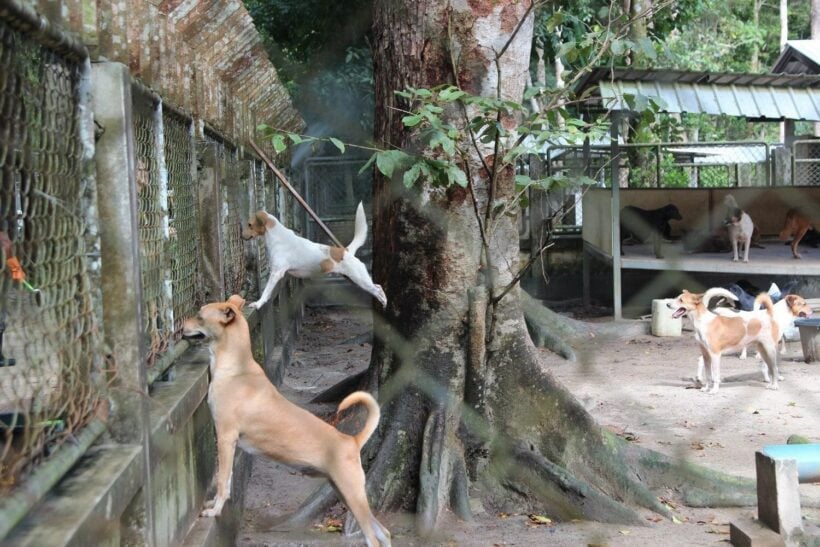 He has ordered the Phuket Livestock Office to push forward the paperwork relating to the land of Suan Pa Bang Kanun so the renovation and development can progress as soon as possible. A lighting system will also be installed at the entrance of the property.

A committee will be set up to administrate, raise donations and manage the donations by creating a bank account and marketing strategy for the stray dog pound as well.

There will be 2 spots to donate food for the stray dogs which include the Phuket Livestock Office in Phuket Town and Suan Pa Bang Kanun in Thalang.

At the meeting the livestock office revealed that there are 497 stray dogs* around Phuket and the office is trying to separate the fierce dogs such as those on To Sae Hill and Chalong Temple. These dogs would be brought to Suan Pa Bang Kanun to ensure they are looked after without threatening people.

The donation boxes to help stray dogs will be placed in many places such as Phuket International Airport, Central Festival Phuket and Jungceylon mall.

The knowledge base and success of volunteer projects like the Soi Dog Foundation, founded and operated privately in Phuket, has also provided a blue-print for successful management and administration of the island’s stray dog problem.

“Soi Dog Foundation would like to point out that although the number of free roaming dogs on Phuket has drastically reduced over the past 13 years, principally due to the tens of thousands of dogs sterilised by the Foundation, the figure of 497 stray dogs on the island we believe to be an error in translation, and probably refers to number of dogs in the dog pound.
Although currently operating a maintenance programme only on Phuket, over 4,000 mainly free roaming dogs have been sterilised and returned in past 12 months alone by SDF.
If the 497 does refer to stray dogs on the island then the Livestock office must be somehow classifying the vast majority of free roaming dogs as not stray.” 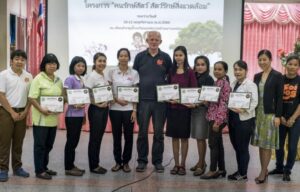 Founder of Soi Dog Foundation, John Daley, at a recent function to launch another education initiative to promote better co-habitation between animals and humans on the island.

Close to 2,000 illegal foreigners in Phuket not deported