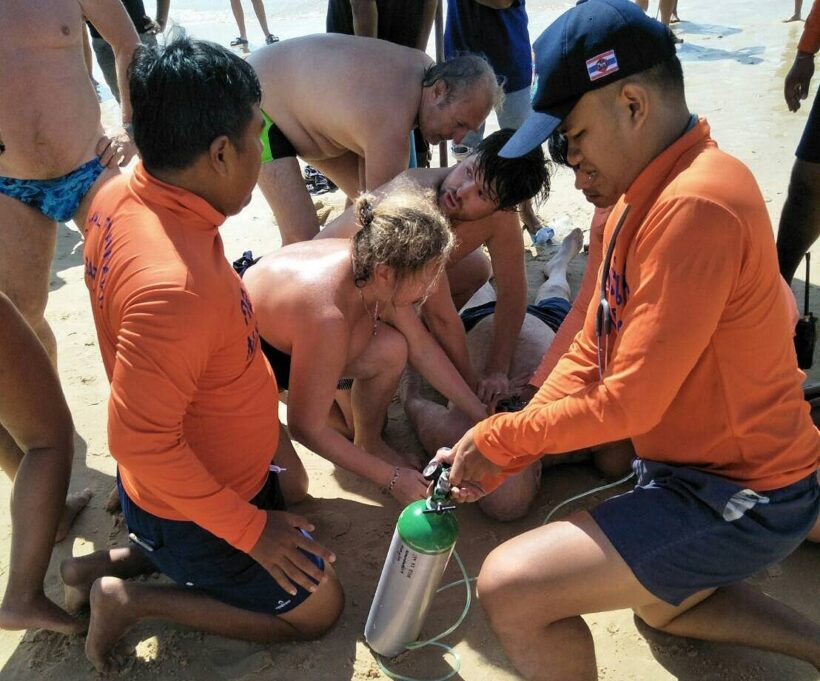 He went to the beach with his wife and drowned after getting dragged under by a strong waves. His wife called for help around and the people nearby jumped into the water to help him. He was brought from the water unconscious and the rescue team who arrived at the scene tried to resuscitate him along with beachgoers who were trying to assist. Witnesses say that many tourists at the same beach battled to save the man’s life before emergency workers were able to get to the scene.

Unfortunately the man died at the scene.

As Phuket is still in the process of contracting a new team of lifeguards there was no lifeguard on duty at the location during the time of the incident. Red flags were in place along the foreshore where the man drowned. 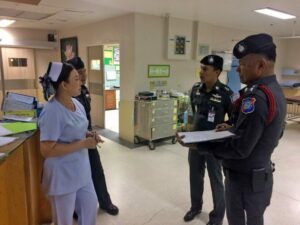 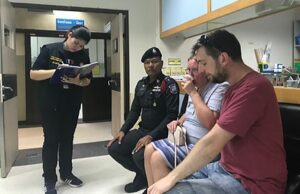