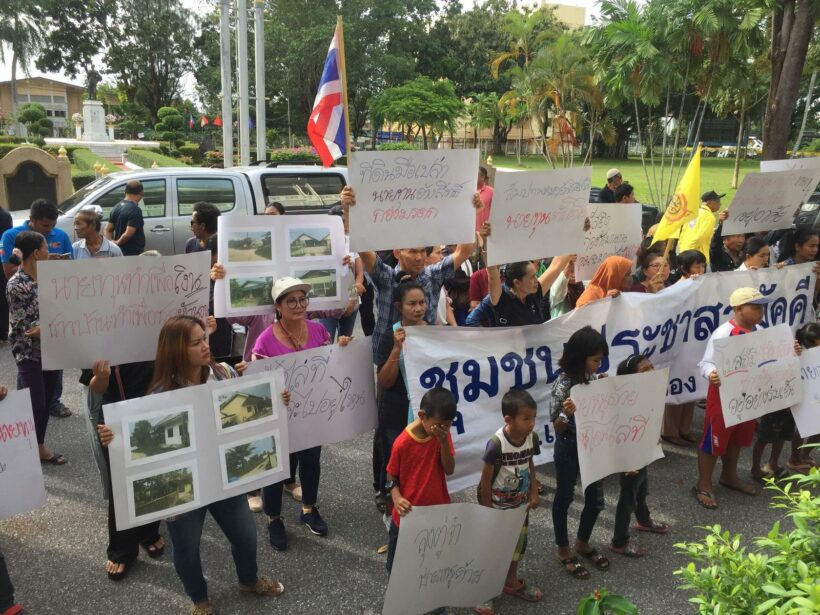 About 100 villagers from the Prachasamakkee community gathered at the Phuket provincial hall at 9 am today (December 6) to call for their rights to live on the land of the community, after 70 villagers have been sued by a person claiming to be the landlord.

The protest was led by the community leader, Surasak Tainapriew, alongside the secretary of the community, Weerayut Jaesoh, who handed their complaint letter to Phuket’s Governor through the Vice Governor, Prakob Wongmaneerung.

“There are about 300 households in the community on land of about 300 rai. This year we learned that there is a group of people claiming the land saying they received it in a will. Tomorrow, the court has ordered the land office and the villagers to mark the borderline over the disputed land to make a plan and give it to the court. I am asking all the departments involved to help the villagers.”

Meanwhile, the Vice Governor promised to pass the letter to the Governor and departments involved to investigate. The process ordered by the court will also have to be undertaken.

After Muang Phuket District announced that the land was unoccupied in 2005, the alleged landlords sued the official department the following year and the court has ordered the district office not to get involved in this case.