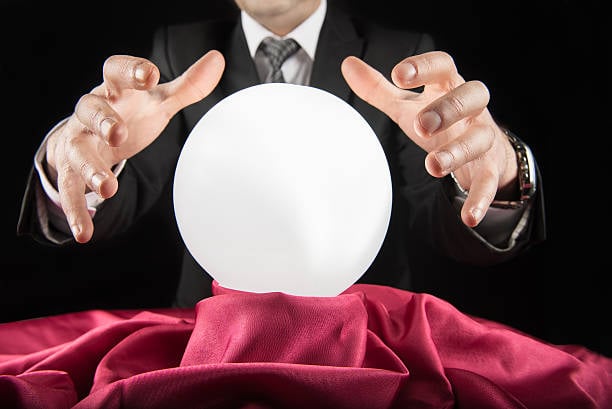 Prime Minister Prayut Chan-o-cha says he may have to delay the calling of elections because the Sub-Committee for Drawing Things was still trying to choose the best font for the ballot papers. He also noted that the media’s continuous barrage of questions about an election date gave him no time to call an election. Asked who he thought should be the next Prime Minister the former General laughed, saying he doesn’t care, as long as they are ex-Army, about 173 centimetres tall, has a hyphenated name and doesn’t wear red shirts. And that it was him.

Meanwhile, former Deputy PM, and now Thailand’s Marketing Consultant for Richard Mille watches, Prawit Wongsuwan, said he thought the General was the ‘man for the job’. The former Deputy PM and Defence Minister was demoted earlier this year when it was found that he owned 128 expensive watches, 18 diamond rings, a pearl necklace and a collection of toy submarines. At the time the 72 year old explained that none of the rings, watches or toys were his and that someone left them in a brown paper bag in the glove-box of his Rolls Royce, which someone lent him. 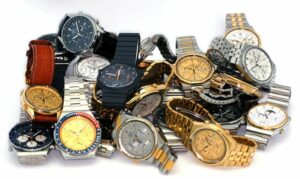 The long-awaited Patong Tunnel project took another step forward this week when the latest committee handing down its findings on another Environmental Impact Report which replaces the other 17 EIRs that have been presented over the past 15 years. The Official Committee for the Organisation and Assessment of Checking and Rechecking Lots of Paperwork said that the Government was waiting for the delivery of 10 special spades which would be blessed by local monks before digging could start on the project. The monks have assessed the most auspicious time to proceed with the project as April 1, 2045. This means that the project should be finished in 2055, just in time for the installation of garbage bins along Patong Beach. 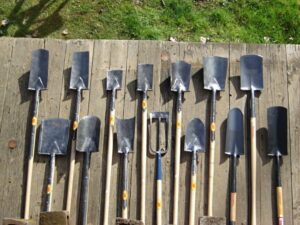 The auspicious spades go on display before the digging starts

The ban on smoking along Patong Beach, which follows a ban on sun lounges, umbrellas, vendors, drinking and fun is now to be joined by a ban on tourists. Patong’s Mayor Prab Keesin says that tourists have long been an environmental hazard to the beaches and “frankly, we’re better off without them”. Tourists in the past have been seen swimming in the water and, occasionally, sitting on the sand. The Municipality has collected photographic evidence to prove this.

“Meandering tourists have prevented the cleaning of our beaches and, for their own safety, we think that the ban should be extended to all tourists”. Mayor Prab said that tourists will, instead be directed to enjoy Patong’s bars and sex shows where they will be much safer. He also noted that the tourists often got in the way of the beach’s jet skis and parasailing rides. 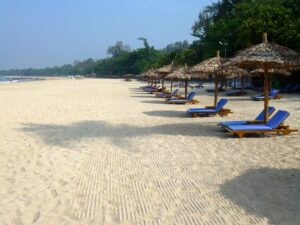