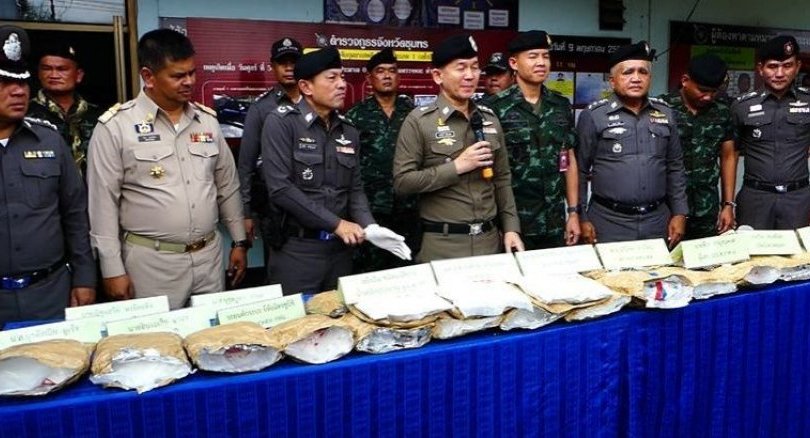 Police have arrested four residents of southern border provinces for allegedly trying to smuggle 10.4 kilograms of heroin from Chiang Rai to Narathiwat and then to Malaysia.

The four suspects were arrested at a road checkpoint in Chumphon’s Pathiu district at 7am on Friday.

Surasak said the heroin was in 26 plastic bags and was hidden a secret chamber built under the back seat. He said Ibrorhem admitted that he took the drug from Chiang Rai’s Mae Sai district with a plan to deliver it to a recipient across the Nararthiwat border in Malaysia.

Surasak said the group had smuggled heroin twice and had made 5 million baht and 10 million baht.