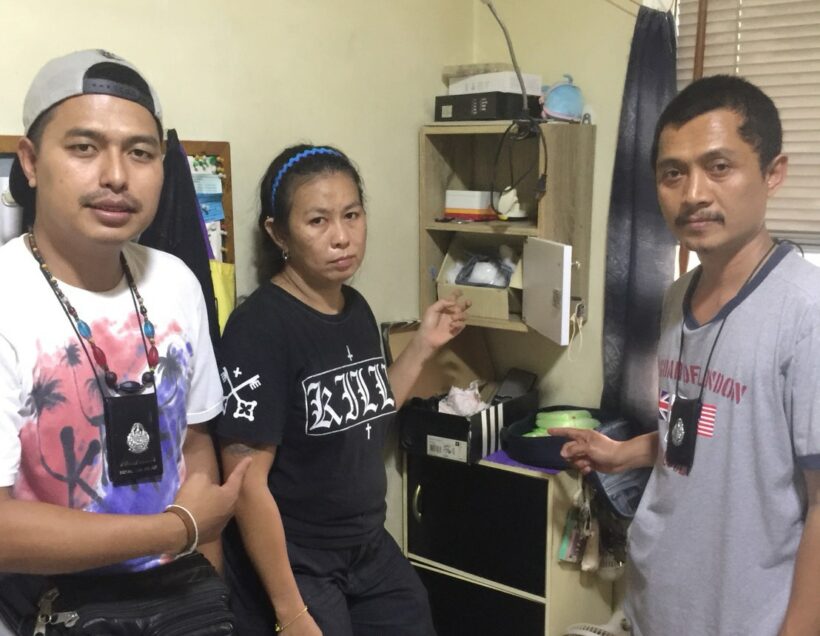 A 42 year old local woman, Wattanee ‘Nong’ Hansamut, has been arrested with 5,043 amphetamine pills and 666.40 grams of methamphetamine, which are worth about 2 million Baht on the street.

Wichit Police received a report on March 11 that Wattanee, who lives in the Phuket Villa Suanluang house project, was taking and selling drugs to small retailers in Phuket.

She said that she bought the drugs from a man named ‘Tom’ from Bangkok. She has been charged for dealing drugs and is being investigated to find out more about her supply network. 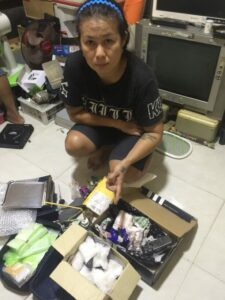