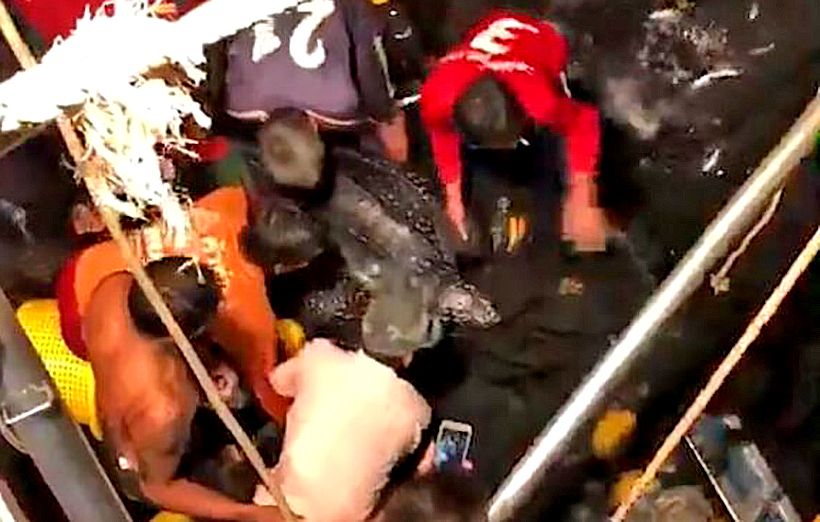 A big leatherback sea turtle has been rescued by fishermen after getting stuck in fishing nets in Phang Nga last night.

A Phang Nga fishermen rescued the big leatherback sea turtle that was stuck in fishing netting off Phang Nga coast near Khao Na Yak in the Khao Lampi-Hat Thai Mueang Nation Park. The turtle was freed and then released back to the sea.

In another really positive sign for the future of the leatherback sea turtle population in the region, 112 sea turtle eggs were found at Kuek Kak Beach in Khao Lak, Phang Nga last week and also more in last month.

Thanks to the fishermen!

Read more about the latest batch of sea turtle eggs found along the coast HERE. 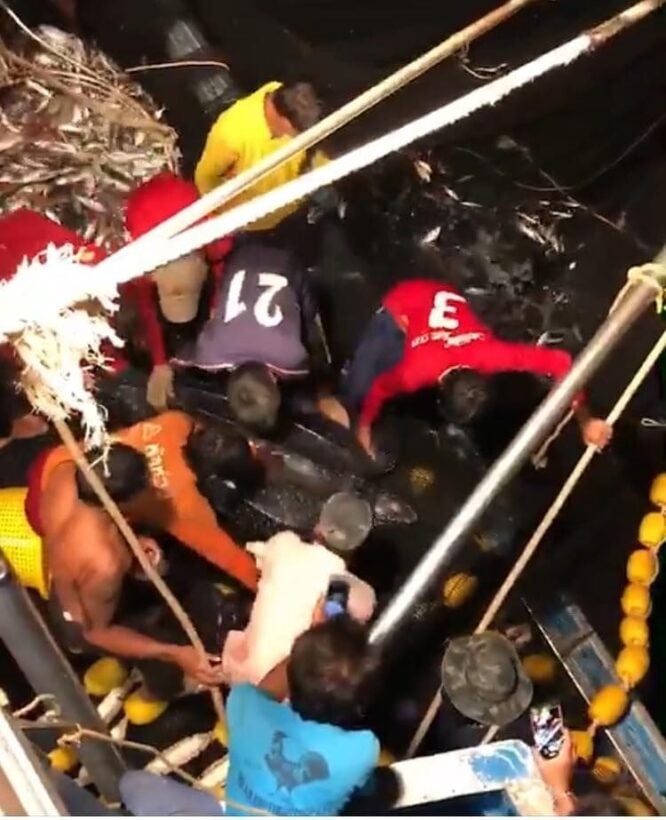 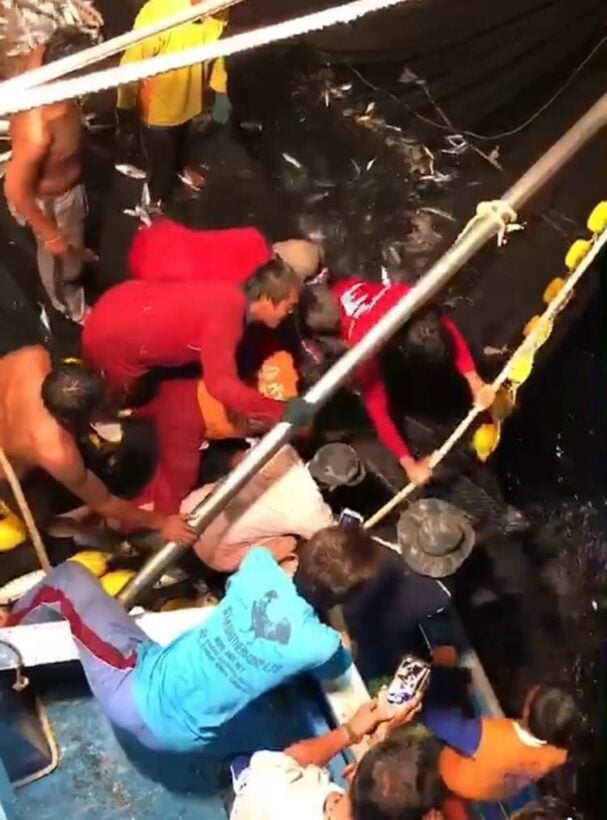