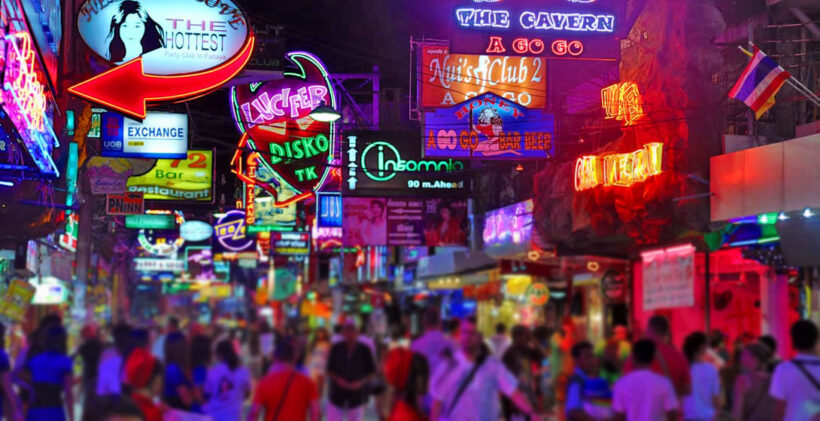 Walking Street in South Pattaya is facing its biggest makeover in decades early next year for a more family orientated feel. The unsightly hanging wires are set to be buried underground in an effort to beautify the infamous red light street to appeal to families.

But not everyone is thrilled about it – the operators are worried about the effect on their business of the anticipated three months of work.

Yesterday a meeting was held at Raas attended by mayor Anan Jaroenchasri, City Hall officials, electrical engineers and the bar and restaurant owners.

The operators in particular wanted to know what would happen and how the work could have as minimal an impact on their profits as possible.

The ‘Hanging Wires of Thailand’ have been a growing problem for many years and they still grow. A budget of 11.6 billion has been set aside to bury the wires in four major cities – Chiang Mai, Hat Yai, Korat and Pattaya but will it ever achieve the job without corrupt influence.

Pattaya is receiving 3.1 billion baht of the pie for work on eight roads – with Walking Street being the fourth in line and looking forward to public accounts where the money is honestly spent.

Work on Sukhumvit, North and Central Pattaya is now about 50% complete.

A total of 46 kilometres of wires will have been buried in Pattaya when the work is finally completed by 2021.

’11 months’ until the next election. Do the maths….