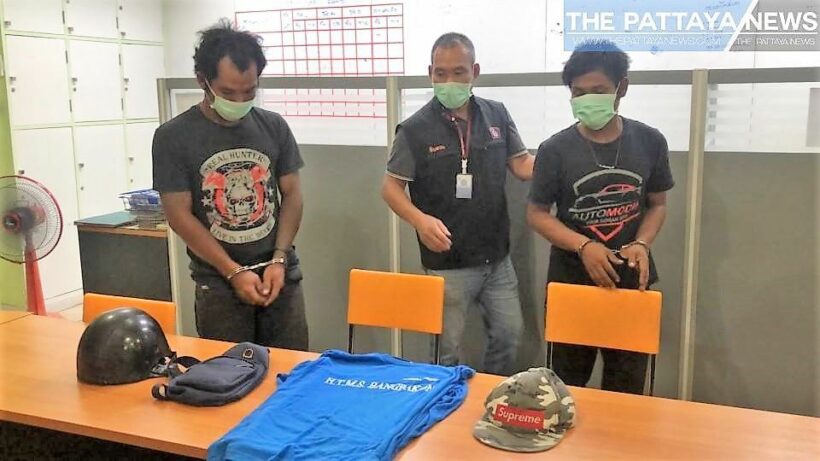 Two men are in custody, after being accused of stealing a motorbike from Jomtien Beach in Pattaya. The bike’s owner, 53 year old British national, Davidson Fraser, had parked the bike between Soi Jomtien 6 and 7, in order to go exercising. He returned sometime later to find the bike gone, so he filed a report with the Pattaya Police.

Thanks to CCTV footage, it took officers just 3 hours to find and arrest the alleged thieves, who were already known to them. Chusak ‘Boy’ Sakunthong, aged 28, and Suwit ‘Wit’ Lakornsri, aged 23, were apprehended near a condo development on Jomtien Second Road, with the bike nearby. Both suspects have allegedly tested positive for drugs and are in police custody awaiting prosecution. 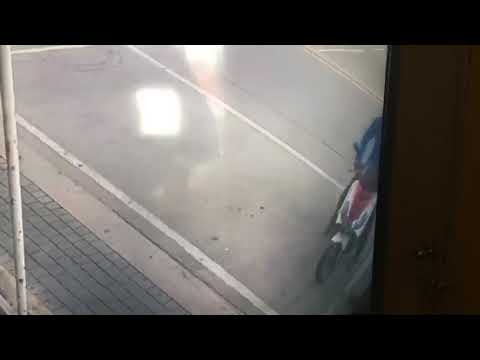