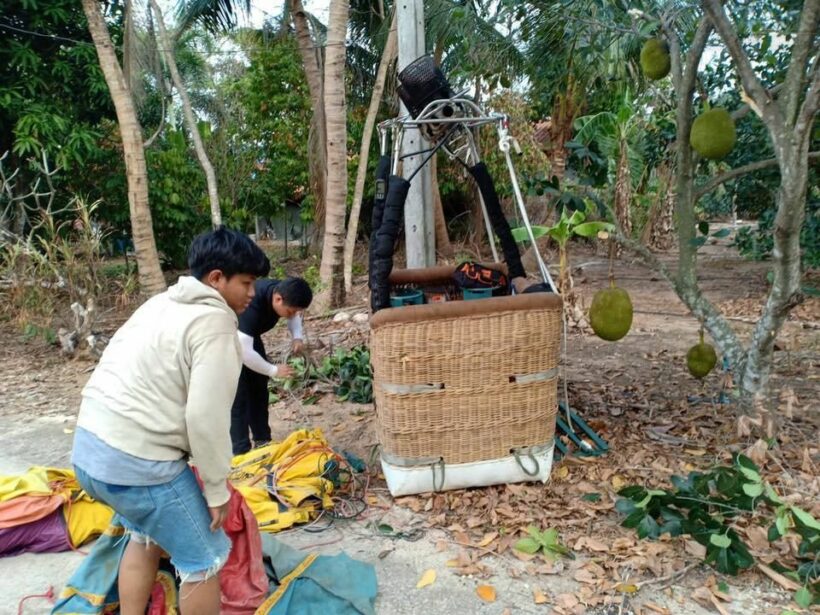 Two Chinese men have survived after their hot air balloon plummeted hundreds of feet to the ground Friday morning in Sri Racha, north of Pattaya. Rescue workers learned of the incident at 11am. They arrived at a fruit plantation to find the balloon on the ground. It appeared to have fallen into several trees, knocking down at least one.

Two Chinese men were on the ground nearby. Inexplicably, neither was injured but both were in a state of shock and had to be calmed down by emergency responders.

An employee of the balloon operator told police that four Chinese men boarded the balloon at Nong Kho, a small airfield about three kilometres from the scene. Two of the men were skydivers, and had jumped from the balloon before it fell.

Shortly after the two men jumped, a strong wind blew the balloon out of control causing it to fall. The survivors were very lucky according to airfield staff. The two men weren’t identified. They noted that at least one of the men had significant experience operating hot air balloons.