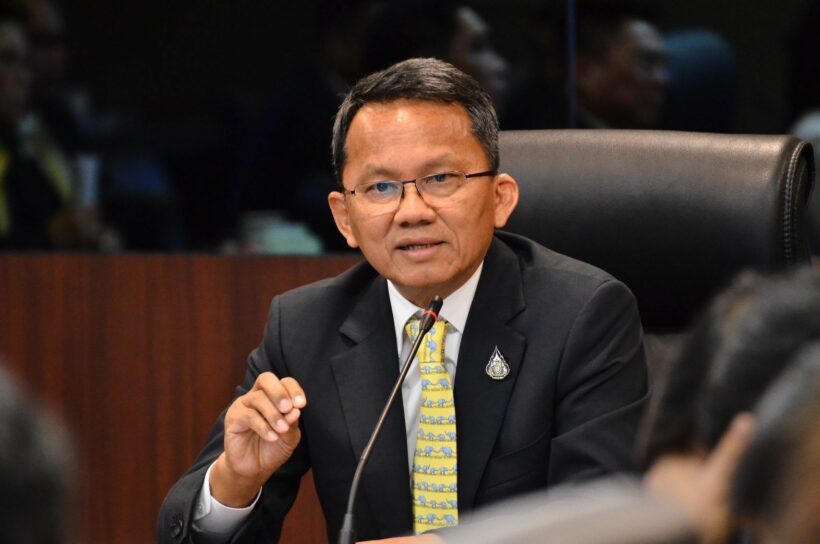 The Thai Justice Minister Somsak Thepsutin has given his support to a law that would require chemical castration for convicted rapists. Democrat MP Rangsima Rodrasmi proposed the law during a discussion in the House of Representatives on sexual violence. The House has created an extraordinary committee on the prevention of sex crimes.

Rangsima suggested sex offenders should be castrated, chemically or surgically, whichever is recommended by health officials. Somsak said if the House approved the measure, they should start drafting legislation immediately, noting that if the public supports the law, it will not be difficult to pass.

The proposal comes shortly after a paroled serial killer, Somkid Pumpuang, allegedly murdered a 51 year old woman in Khon Kaen (police claim he admitted to the murder). Although he’d been sentenced to life in prison for murdering five women before, he was released after just 14 years as a “model prisoner.”

Somsak says legal measures are required to monitor sex offenders, and that the public should be aware of their whereabouts.

“They should be made to stay in restricted areas for three to 10 years by court order,” according to the Bangkok Post

Somsak says he’s ready to push for a law to make this possible. But human rights advocates say chemical castration may not be a valid solution. Chadej Chaowilai, director of the Women’s and Men’s Progressive Movement Foundation, says the root cause of rape is gender inequality.

“The legal definition of rape has been narrowed down from using objects for penetration to using just the penis, which diminishes a woman’s right to protection.”

“If a rapist uses his finger, he’s charged obscenity, not rape. The new legal definition of rape also excludes the LGBTQ community.”

Chadej added that inequality is ingrained in law enforcement.

“Some male police officers refuse to accept complaints from women. They’ll mediate instead, because they believe women are to blame for the way they dress or behave. Also, since there are very few women in the police force, there is a clear gender bias in their handling of such cases.”

“Women are seen as submissive housewives and objects of sexual desire. No one respects women’s rights despite harsher punishments for rape.”

“Convicts should be treated according to the law and human rights principles. What if the person castrated has been framed?” he asked the Bangkok Post.

Somchai says the only way to prevent sexual violence is to change public attitudes.

“People must learn to respect others’ rights and avoid gender discrimination. Sexual harassment comes from our patriarchal attitude toward women.”

“Crime results from cumulative behavior and past experiences. If someone has been mistreated physically or sexually, they’re more likely to inflict violence on others.”