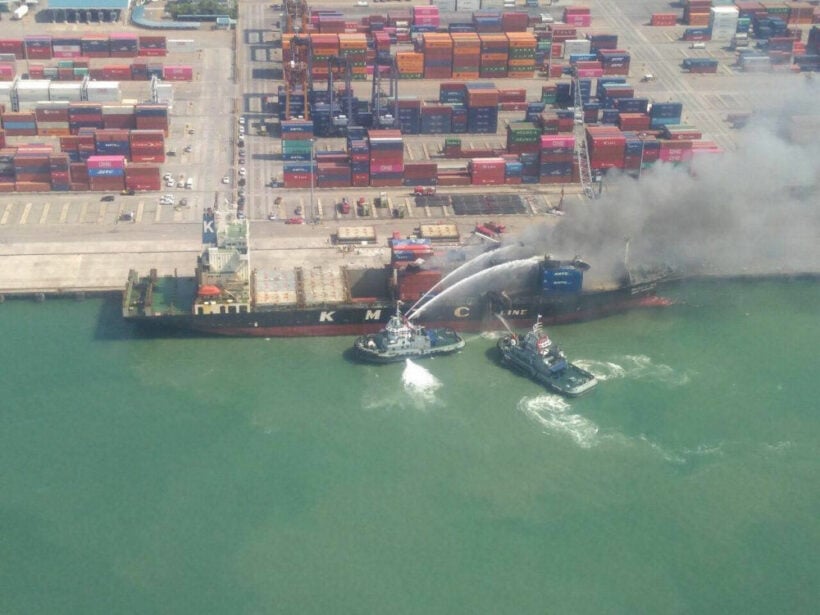 Highly flammable toxic chemicals found inside the burned out cargo at Laem Chabang Seaport in Chon Buri, just north of Pattaya, hadn’t been declared. The Director of the Port told reporters that 18 out of 35 remaining cargo containers on the ship held calcium hypochlorite and chlorinated paraffin wax.

The fire broke out onboard the South Korean ship KMTC Hongkong while docking at the country’s largest seaport on Saturday morning around 8am, according to Port Authority director Kamolsak Phromprayoon.

“These are not only highly toxic to human health and environment, but also very flammable and can ignite by themselves.”

Kamolsak said after a lot of effort, the port officers successfully put out the fire late on Saturday. The investigation team was sent in yesterday to inspect the damage at the scene. The inspection team found calcium hypochlorite in 13 cargos and chlorinated paraffin wax in five other cargos, so it was concluded that the ignition of these toxic chemicals is the most plausible cause of fire at this stage of the investigation.

A preliminary report on Saturday had said there were no toxic chemicals onboard and the cargo only contained dolls. He said the owners of the shipments had not declared these toxic chemicals to the Thai Customs Office, so the officers did not know what was inside the cargo.

Air quality measured inside Laem Chabang Seaport yesterday morning found the level of Volatile Organic Compounds, formaldehyde and chlorine gas in the air were back below safe limits.

However, as some of the water and foam, used for extinguishing the fire, had leaked into the sea the PCD has already coordinated with the Thailand Port Authority to place floating booms around the area to prevent further chemical contamination in the sea. 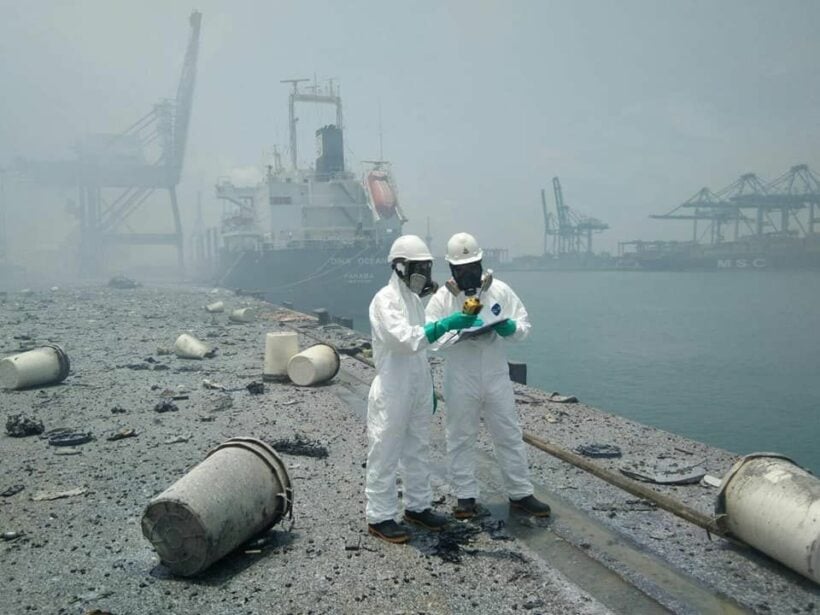 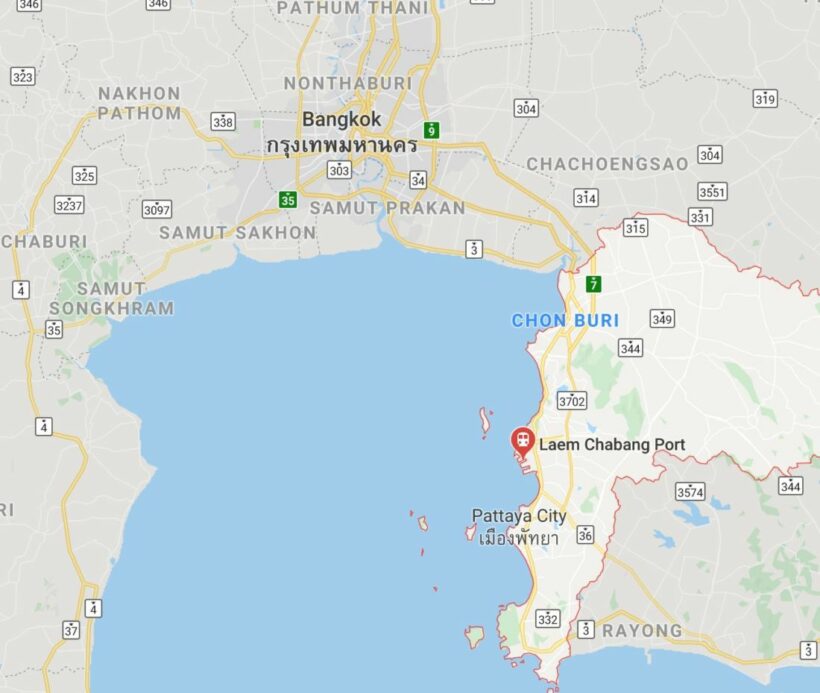