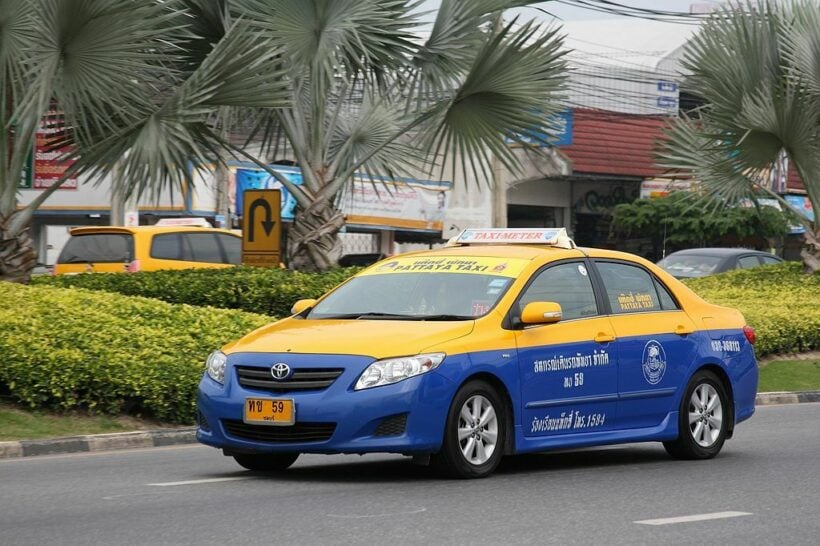 A video was widely shared among Thais of Pattaya taxi and win drivers crowded around a driver from Bangkok, some saying he stole their customer and arguing with him about offering services outside of his home province. One Pattaya taxi driver reportedly said that drivers in other provinces should be more thoughtful about offering services in Pattaya as those in the coastal city were hit hard by the pandemic.

After the video of the argument went viral on social media, the Chon Buri Land Transport office invited taxi drivers to discuss the situation so officials can work on solving problems. One taxi driver says the driver from Bangkok should register as a Pattaya taxi driver if he wants to offer services there.

The Bangkok driver posted a video on Facebook with a caption claiming that the foreign passenger decided to book a taxi from an application due to concerns with the high rates from taxi drivers in Pattaya. He shared that he was asked to stop in front of Central Festival Pattaya when a local taxi driver approached the vehicle and told him he didn’t want drivers from other provinces to offer services in Pattaya. Another taxi driver also approached the driver, and win motorbike taxi drivers crowded around.

After the video went viral, one of the Pattaya taxi drivers gave an interview with Thai media saying that he wanted everyone to understand that the drivers in Pattaya were affected by the pandemic, especially with fewer foreign customers due to travel restrictions. He added that all drivers should adhere to the set fares according to Pattaya’s taximeter system.

Thaidup
On 3/11/2022 at 7:11 AM, Marc26 said: Most guys on here are obsessed with Thailand yet hate the place at the same time I would like to hazard a guess that those whom you refer to don't even live here…