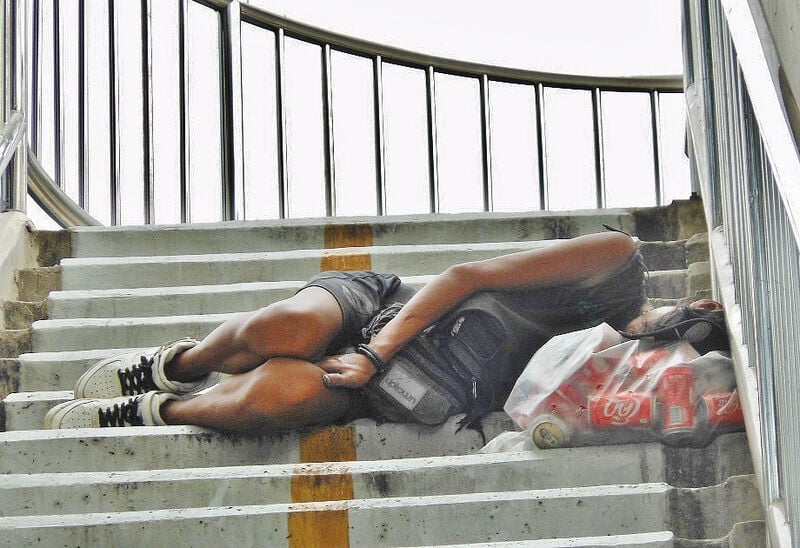 More people are sleeping on the streets in Pattaya. Even some women who work in bars in the city’s red light district are setting up tents in the empty bars to sleep at night. The lack of foreign tourists in Pattaya, a city that was named one of the top 20 most visited cities in the world back in 2019 with 10 million foreign tourists, has led to the closure of tourism-dependent businesses. Many have lost their jobs, and some have lost their homes.

According to Pattaya Mail, some women who worked in bars returned to their homes in rural provinces, but some stayed in Pattaya. The owner of a local bar says she allows many of the now-unemployed women to set tents up at the bar to sleep, but she may need to close down the bar and evict the women. She’s calling on the government to offer more aid to unemployed workers during the pandemic.

While entertainment venues, massage shops, cinemas, and other venues are shut down for 14 days due to the recent wave of Covid-19 infections, Pattaya officials say the lack of foreign tourists has hit the city the hardest as the tourism industry makes up an estimated 80% of the local GDP, according to Pattaya News.

Many businesses that rely on foreign tourists have closed. There’s little to no one visiting to keep hotels operating as normal, leading to staff layoffs and temporary closures. Some restaurants have temporarily closed following alcohol bans and restrictions limiting operating hours.

Pattaya News says the homeless population in the area has risen. Even the number of stray dogs in the area has increased. Most of the homeless people in Pattaya are foreigners from the neighbouring countries Cambodia, Laos, and Myanmar, according to the Chon Buri Provincial Authority. Many of the homeless migrants lost their jobs and are unable to return to their home country due to the ongoing Covid-19 situation. A number of them worked in the service and hospitality industry which was hit hard by the lack of visitors and the disease control restrictions.