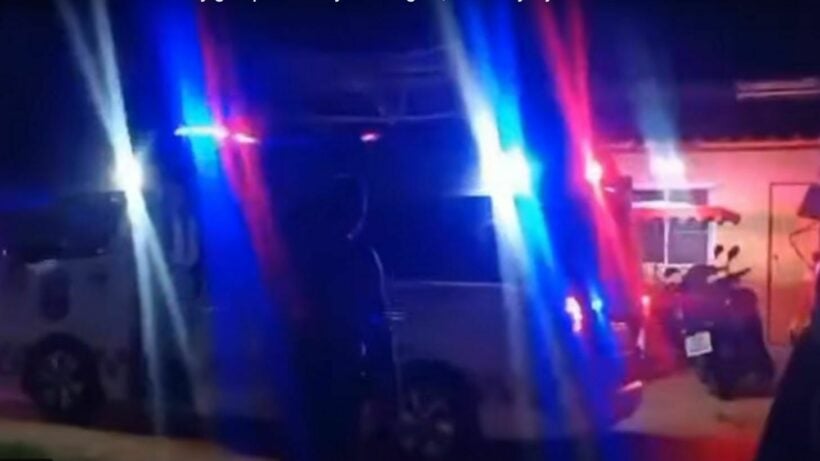 A Cambodian worker at a camp in Pattaya sustained a severe head injury after he was reportedly beaten by teenagers. Police were alerted to the attack at 11pm a few days ago. When police got to the worker camp, they found the man lying on the ground, bleeding profusely from his head. The worker, identified 28 year old “Mr Mai,” was then rushed to a nearby hospital for medical treatment.

33 year old Maneerat Janmeechai who also works at the camp, spoke to Thai media. She says that she heard shouting and “banging” and then watched out a window as the assault unfolded. She says she watched what looked like 2 teenagers slash Mai in the head with something she couldn’t identify. She says the attackers then left Mai to bleed on the ground as they drove off on a motorbike.

She went on to say that Mai, who is her neighbour, drinks heavily every day. After drinking, he then drives around on his motorbike and has issues with other residents due to his behaviour. She says some residents are afraid Mai’s behaviour could harm the children in the camp.

“Mai has previously used a knife to threaten local Thais outside the camp. We believed that those teenagers that attacked him last night might be someone who doesn’t like his behaviour.”

Local police are investigating and reviewing nearby CCTV footage.