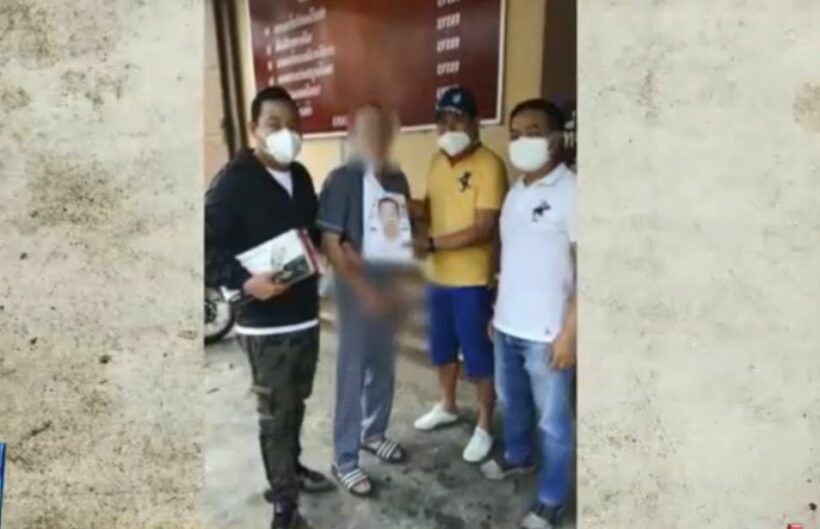 Police in Bangkok arrested a man who allegedly posed as a cop and sexually assaulted prostitutes, stealing from some of them. Allegedly, he raped sex workers more than 40 times over the past 6 months.

The 34 year old man, identified as Kittipop, was arrested in Bangkok’s Lat Phrao district. Kittipop allegedly admitted to police that he pretended to be an officer and sexually assaulted women, claiming he did it because he is obsessed with having sex. He had been released from jail earlier this year after serving time for sexual assault charges.

A victim reported the sexual assault to officers at the Chokchai Police Station, saying a man who claimed to be a police officer raped her and then stole two of her mobile phones valued at around 55,000 baht.

Reports in Thai media say Kittipop allegedly contacted the sex workers online and decided on a time to meet. Once he was with the sex worker in person, he would trick her into believing he was a police officer, threatening arrest her on prostitution charges if she refused to comply with his sexual demands. The alleged sexual assaults took place in the Bang Na, Din Dang, Sutthisan, Lat Krabang and Chokchai areas in Bangkok. Kittipop now faces several charges including sexual assault, theft, and pretending to be a police officer.

ThaiFoodGuy
2 hours ago, Andybob97 said: Wait...Is cocaine, AKA blow AKA Columbian Marching Powder AKA Charlie the same thing as Nose Candy Ridiculous. They missed "booger sugar" too!
Stardust
3 hours ago, riclag said: 15 years ago they would of been given the opposite end of the gun for punishment You mean for getting the bribe? They use plastic bags nowadays.