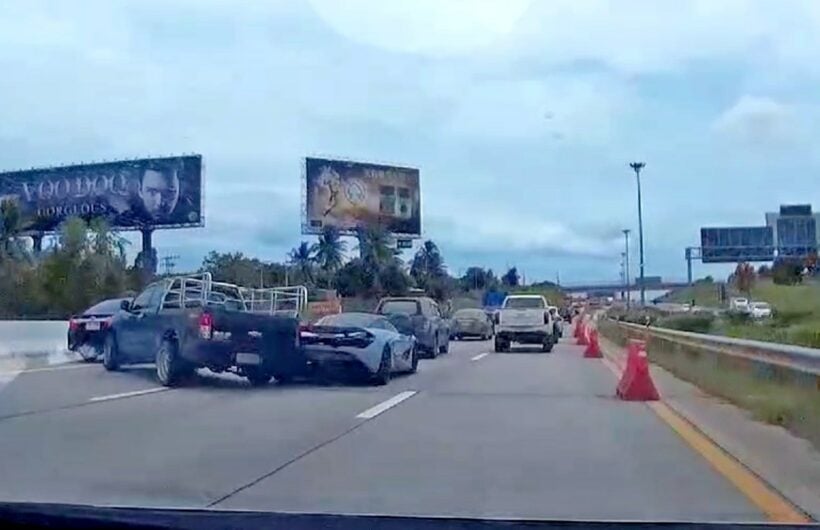 A leading insurance spokesman has commented with Daily News after a 30 million baht McLaren 720s was rear ended by a pick-up truck. (The Thaiger priced the car at 15 million baht after emailing a McLaren salesperson)

Thai Insurance Association chief Jeeraphon Atsawathanakul said that if both drivers went down the insurance route the insurance would only cover the agreed limit.

If it was more then the McLaren driver would have to take the pick-up driver to court for the remainder.

This is assuming they are both insured. The McLaren that was struck from behind by the pick up, is one of only three such cars on the road in Thailand.

Police suspect ‘insider’ in attempted rape and assault in Pattaya