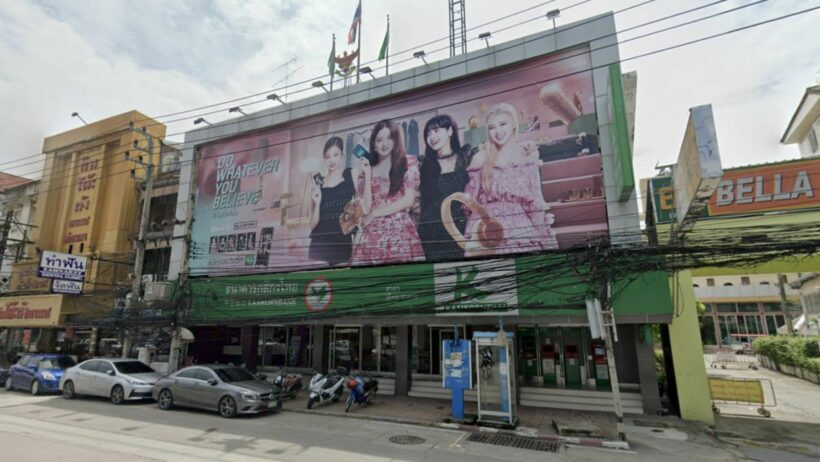 CORRECTION: In an earlier story about this case we referred to a Chinese man losing 130 BILLION baht in the scheme. The amount was actually 130 MILLION baht. We apologise for the error.

Hundreds, perhaps more than 400, investors have been allegedly defrauded by an assistant bank manager at a Kasikorn bank branch in Pattaya.

The assistant manager, named in a police report as “Mr. Gob” (the Thai word for ‘frog’), was promising investors 3.5% interest, per month, yes… PER MONTH… for cash investments. It appears his high interest rate attracted hundreds of people wanting to take advantage of the generous terms.

(The assistant manager has since been names as “Mr. Chaisit Sappermpoon, who worked at a Central Pattaya bank branch on Central Klang” by The Pattaya News)

One investor, who only found out about the scam yesterday when he visited the branch for his monthly rolling over of funds, told The Thaiger that he has lost 250,000 baht at this stage, with no official response from the Kasikorn head office in Bangkok yet being made about the situation.

The 49 year old expat, a long term resident of Pattaya, told The Thaiger that he was approached by the co-bank manager last July and given the offer of a “special interest rate”. In the intervening months Mr B, who has filed an official police report but wishes to remain nameless at this stage, visited the branch to ‘roll over’ his interest by signing the deposit slip. He was told he could withdraw the interest if he wanted to but was “encouraged” to roll the interest over into the lump sum.

“It all seemed so legitimate and I saw many people coming and going at the end of each month, some bringing in bags of cash to invest into the scheme.”

Mr B knows of some investors who invested many millions of baht and even one Chinese man who had allegedly invested 130 million baht. He also believes that “agents” were actively seeking out possible investors to pour money into the scam.

“Every time I visited there were people coming in with bags of cash investing for other people.”

It all came to pass yesterday (Monday) as hundreds of bewildered investors visited the bank for their monthly ‘roll over’ and were informed that the assistant bank manager had been arrested 2 weeks ago by police and is currently in jail as the investigation continues. But, according to Mr. B, neither the Kasikorn branch in Pattaya, or the headquarters in Bangkok, had made any effort to alert the affected investors of the situation.

The branch bank manager told investors (off the record) on Tuesday that she had no idea about the situation and hadn’t asked any questions about the hundreds of investors queueing up to visit Mr. Gob at the start of each month.

A number of the investors have now made official police statements about the scam – The Thaiger has a copy of the one filed by Mr. B. The headquarters of Kasikorn Bank in Bangkok has told Mr. B, and other ‘investors’ that they are currently “investigating the situation” and that they will “respond within 10 days”.

As of Wednesday morning staff at the bank branch in the centre of this mess have been “instructed” to tell affected customers that “they will not be reimbursing the monies” as “the products sold to customers were not official bank products”.

Many of the people, who have invested amounts from a few thousand baht up to many millions, are new engaging lawyers and a group civil action is being mounted against the bank.

We’ll update the story as more information comes to hand.

Pattaya launches “Welcome Back to Pattaya” campaign to bring back tourists