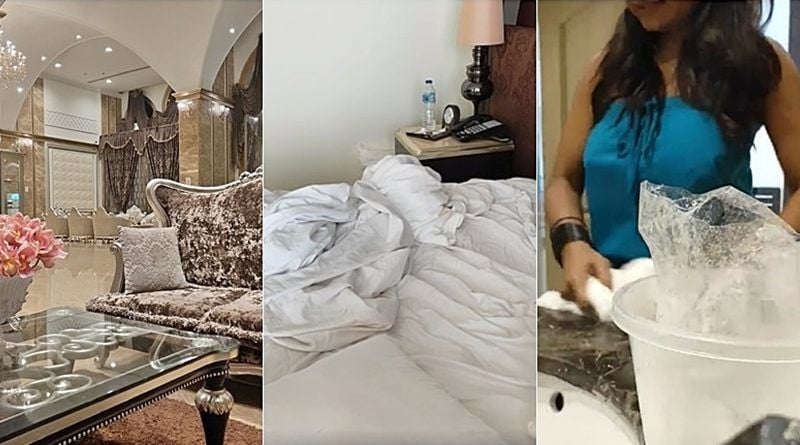 A hotel guest in Pattaya who left a make-up stain on one of the towels in her room has been forced to clean it by staff before they would return her deposit.

Atchareeya Sotrapram took to social media to share her rather unusual story, saying hotel staff advised her that unless she washed the towel to remove the make-up stain, she would be charged for damage.

In her Facebook post, she says she was at the Reception desk and going through the check-out process when staff sent a member of the Housekeeping team to check her room. When the maid called Reception to tell them about the make-up stain on the towel, Ms Atchareeya was informed that she would lose her security deposit.

The outraged hotel guest says she’s stayed everywhere from one star to six star hotels but has never had such an experience before. She adds that it was not made clear to her at any stage that she would be charged in such circumstances.

Having been left with no choice but to clean the towel if she wanted her deposit returned, Ms Atchareeya returned to the room with detergent supplied by hotel staff.

She says she made a video to vent her anger while washing the towel, but was unsure where to go to make a complaint.

In the end, she says she returned to her home in Melbourne, Australia, without taking the matter further, but wants to highlight what happened to her as a warning to other travellers.