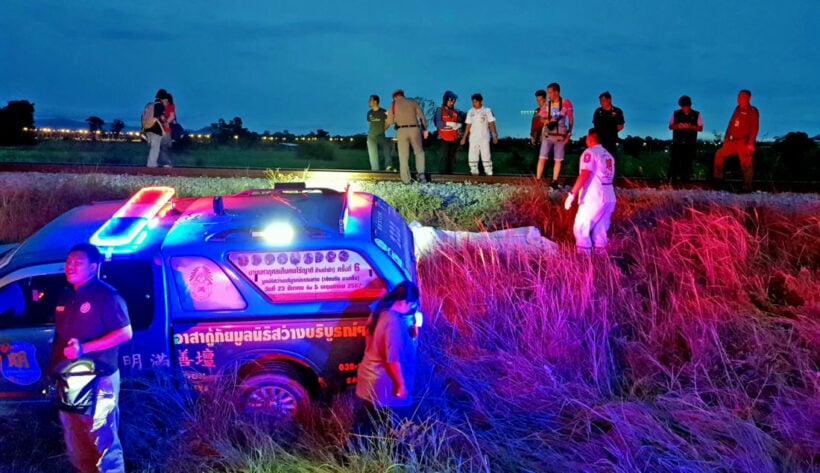 An elderly man died after being crushed by a train in Nong Pangpuay, Chon Buri, early yesterday morning at 5.30am.

Police and emergency responders arrived to find the elderly man, aged between 85-90 years, killed after he train ran over him. Locals told police that it was the body of an elderly man name ‘Huan’. They said he had lived alone at a house nearby and liked to go for morning walks.

The train driver told police that he had honked the train horn but the man didn’t move away from the railway line.

Police will continue their investigation to determine if the incident was an accident or possible suicide.

Thai police get tough on drivers at pedestrian crosswalks in Pattaya