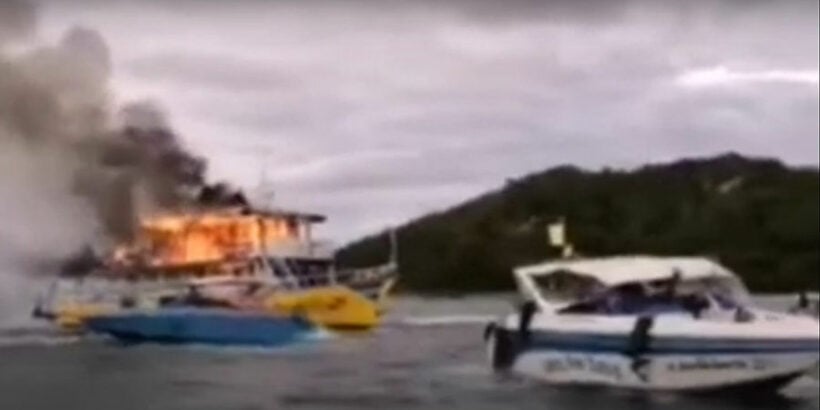 A boat has caught fire near Koh Larn, off the coast of Pattaya, with the captain and crew rescued by nearby boats and jet skis. A report in The Pattaya News says the fire appears to have broken out on the upper level of the “Rung Arun”, which has sustained extensive damage in the blaze.

The yellow dive boat was near Ta Yai beach, just off Koh Larn when the fire broke out. Other boats and jet-ski operators in the area came to the rescue of the captain and crew, helping to to extinguish the fire and help the crew get off the burins vessel. It’s understood no injuries have been reported at this stage.

Marine officials in Pattaya have launched an investigation to determine the cause of the fire and the total cost of damages.

There has been a series of ‘mystery’ fires around the country in recent days, including a popular historic site in Pattaya which has caught fire twice within 24 hours.