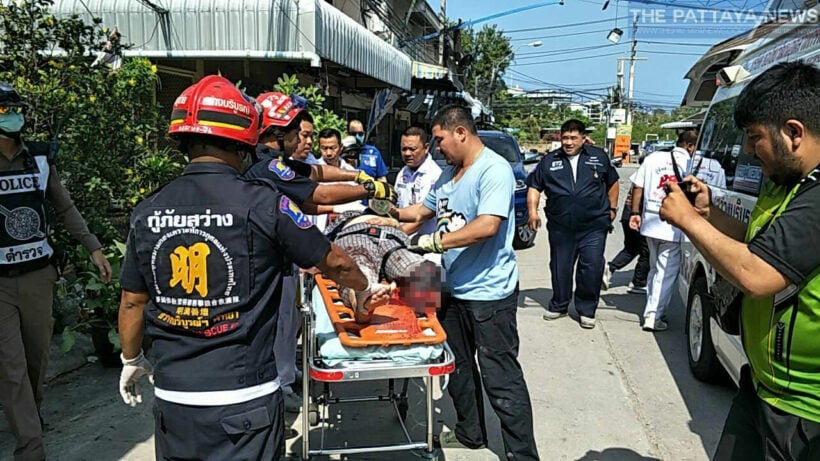 PHOTOS AND VIDEO: The Pattaya News

A crane collapse in Chon Buri’s Banglamung district this morning has severely injured three and damaged six adjacent buildings. Authorities rushed to the scene after they were notified at 10:30am of the incident in the Naklua subdistrict, near Soi Sukhumwit Pattaya and Soi Esso. Officers, emergency responders and reporters arrived find the collapsed crane which had fallen and badly damaged six buildings, many of them residential.

Three people have been seriously injured, including 65 year old Thanomsri Pimsawat, a twelve year old boy and the crane driver, 31 year old Tanakorn Homjit. They have all been taken to local hospitals. Officers plan to interview Homjit once he’s able to speak to them. 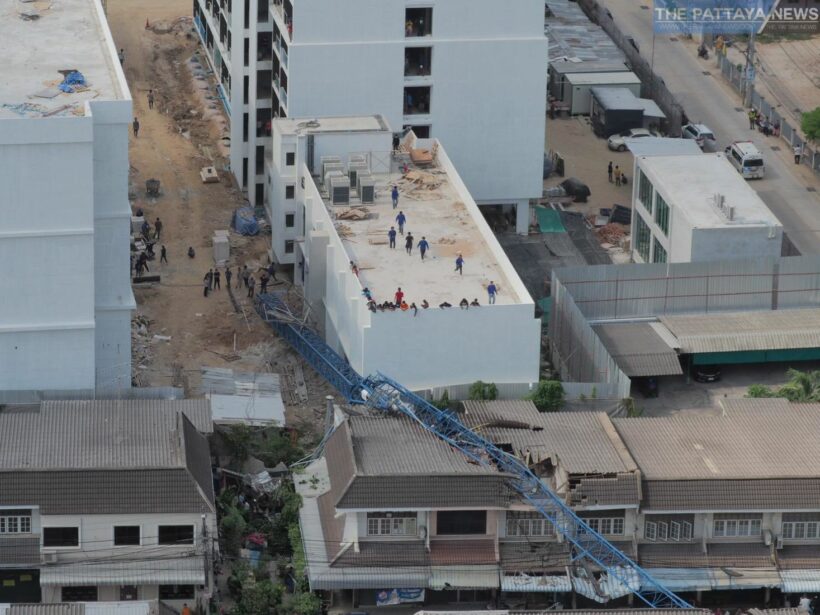 The crane stood in the construction lot of a large project near the apartment complexes that were damaged. The name of the project has not been released, pending a full legal investigation by police, the building owners and the construction firm itself.

The cause of the collapse is unclear, and police are still investigating the scene. 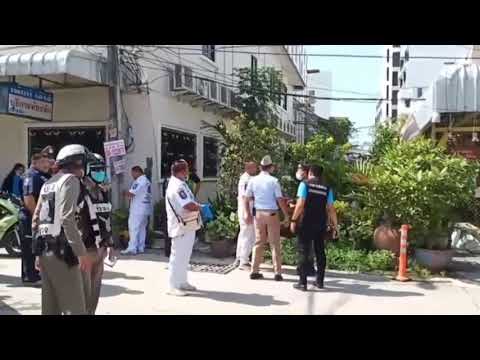