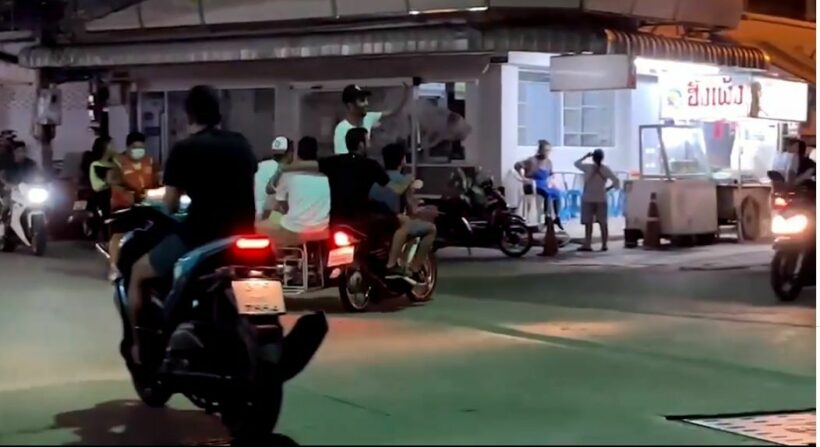 Bike racers are getting in the way of Pattaya locals and other drivers near Second Pattaya Road. The bikers have been racing each other up and down Soi 18 at night time, often suddenly turning or stopping and not giving way to others passing by, according to Pattaya Police Chief Krirkrit Saiwana.

A video shared on social media shows a large group of bikers zooming through the area. They sometimes force other drivers to wait for them to squeeze by, and some of the drivers loudly yell “Whoo”. A motorcycle taxi rider alerted police about the street racers.

Chief Krirkrit said Middle Eastern tourists usually come to Pattaya in June and July, and often rent motorcycles. He said that police are keeping an eye on the situation, and have no problem taking legal action against the traffic disruptors if they break the law. Police have now alerted car and motorcycle rental companies that they must get copies of the passports and driver’s licences of foreigners renting their vehicles.

Pattaya is not the only Thai city that bike racers have disrupted. In 2020, police arrested 6 young racers in the southern province of Songkhla. The offenders, who were 15 to 18 years old, were charged with disturbing the peace, and their motorbikes were confiscated. Royal Thai Police also set up 1,000 checkpoints across Thailand to make sure youngsters didn’t race at night.