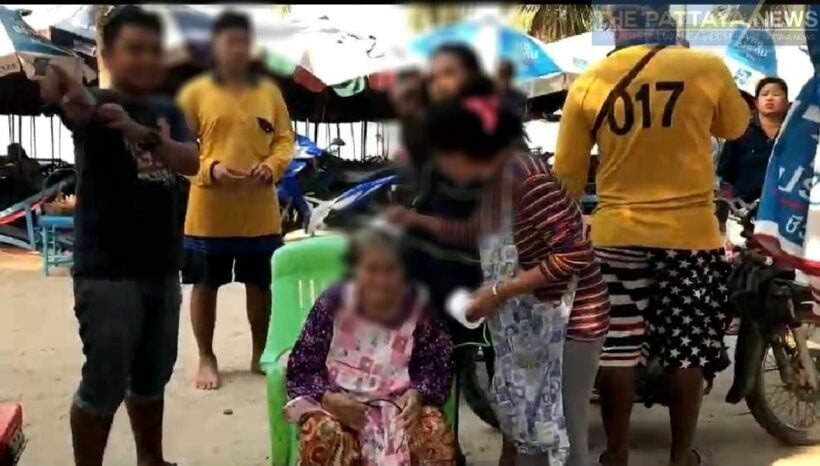 An 89 year old grandmother working as a food vendor at Chon Buri province’s Bangsaen Beach, near Pattaya, was injured around 10:30 this morning by a falling branch from a coconut tree. Bleeding heavily, she was given medical care at the scene and rushed to a local hospital. She has since recovered and been released.

It’s believed that a strong breeze caused the dead branch to fall off an strike the woman, identified asBai Po Suphapha. Other vendors at the beach complain they have told area officials many times to keep the trees trimmed and claim they warned that this would happen.

Vendors told the local press that they hoped this incident, while unfortunate, would serve as a warning to area officials to trim the many trees in the area. 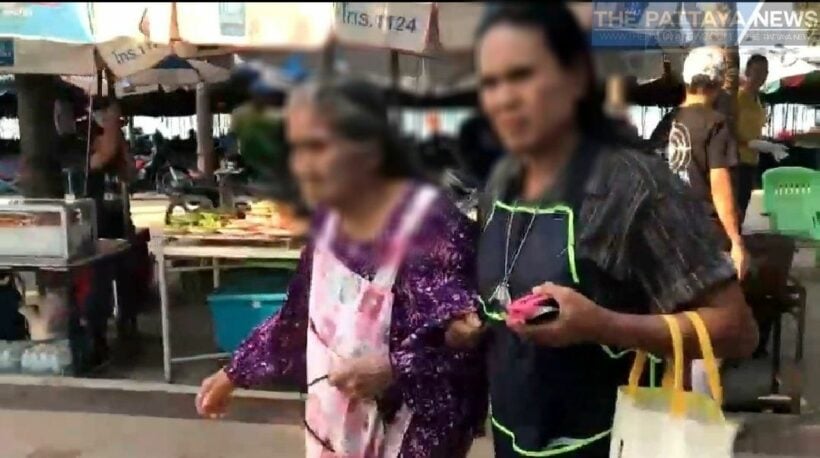