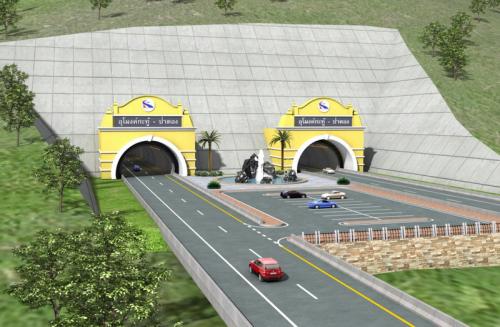 Patong Mayor, Chalermluck Kebsup, has provided an update about progress on the long-mooted infrastructure project. She says the proposal has now passed the Environmental Impact Assessment (EIA) stage and will be considered by the main planning committee soon.

“After we checked with the Expressway Authority of Thailand, who is responsible for the project, we found out that the tunnel project has passed the sub-committee stage and we are confident that the main committee will take their advice from the sun-committee and the EIA. After the committee’s consideration, the project will be sent to the cabinet for a rubber stamp,” said the Patong Mayor.

“As far as I know, the government will not invest in this project, which requires 11 billion Baht. The proposal would be to tender the project out to private companies who would then build the project and charge a toll. Just the expropriation of the land for the tunnel works already is budgeted at 5-6 billion Baht.”

“This project has been approved by the cabinet under the former Administration in 2009 to provide improved access and go part of the way to solve the problem of frequent accidents on Patong Hill,” she added

The tunnel would run 1.85 kilometres under Narkkerd Mountain and an overpass of 1.23 kilometres heading towards Kathu which will be built as a highway of 8 lanes. At the start and end of the new road/tunnel, there will be a flyover intersection and toll-collecting station. 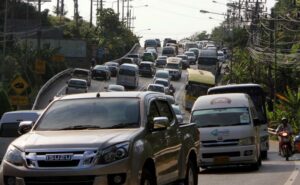