He was arrested near Patong after they arrested another man, Arun Soison, with some methamphetamine. Arun told the police that he bought the drug from Suriya, who lives in the same village and later, Arun also reported the police that Suriya will pick up his girlfriend at a restaurant near Patong so police followed him there and arrested him near the restaurant at about 11.30 pm on April 21.

Police didn’t find anything illegal with him at the scene but he confessed at the police station that he hid the drugs and gun at home in Cherngtalay. He said that he bought the drugs from a man named Seng but he doesn’t know his real name. 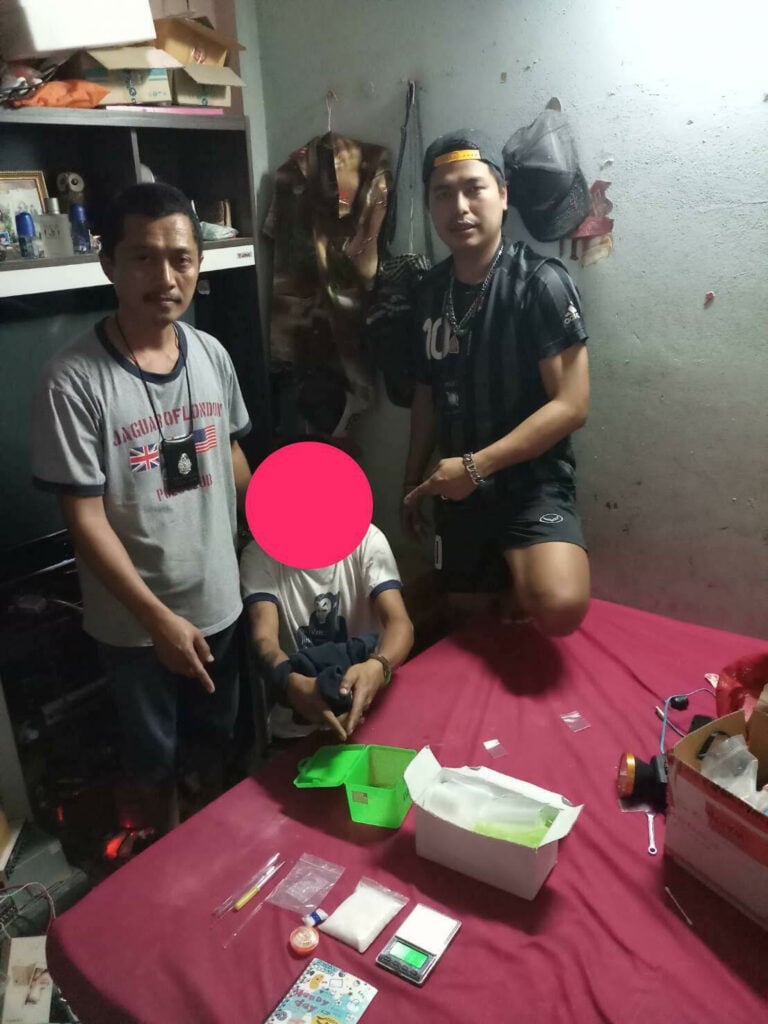