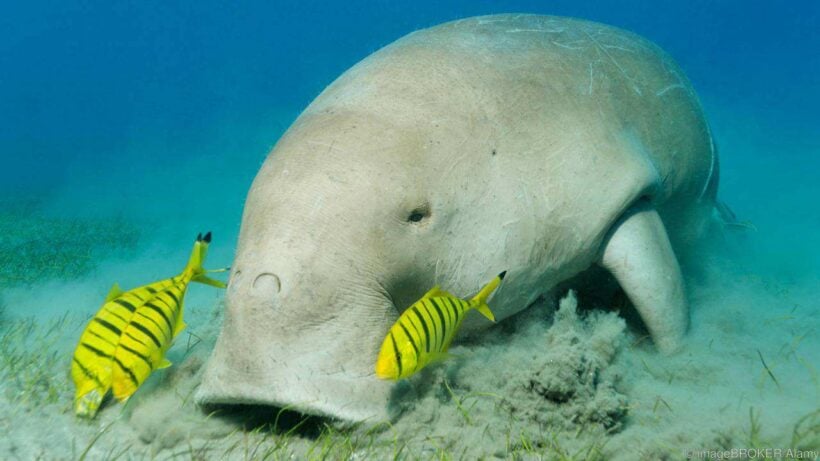 Rangers in a no-hunting area have filed a complaint regarding illegal hunting with police after a dugong’s skin and body-parts were found hanging in a mangrove tree on Koh Libong in the Trang province.

But local villagers say the find is a “set-up” by the officers.

The National Parks chief last week claimed that dugongs were being hunted and killed for their meat, tusks and bones.

He’s even claiming that the meat is available on Koh Libong, upsetting a network of conservation groups and local fishermen in Trang province.

Rangers say that Dugong hunting was rampant in the area around 30 years ago, but it had largely disappeared when a wildlife conservation law was put in place in 1992 but claim that the hunting re-emerged about six years ago. But villagers say the discovery of the carcass is a set-up, because real hunters would not have left any skin or intestines.

Nine killed and 300,000 more affected by flooding in 21 Provinces