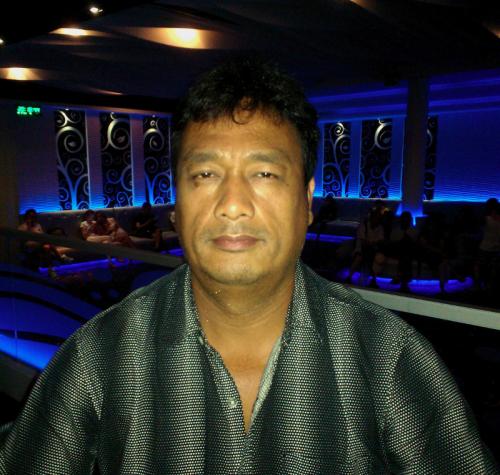 Chaifu Saelee, 43, is a Chiang Mai native with a diploma in tourism from Srinakharinwirot University in Bangkok. He worked as an interpreter for two years before joining Phuket Huang Tai Tour as a guide. He is now a guide with Phuket Super Holiday Travel. Here, he talks about how to increase safety for Chinese tourists in Phuket by helping illegal guides to become legal.

PHUKET: Around one million Chinese tourists come to Phuket every year – they represent the biggest single group of tourists – and there have been many accidents and deaths of these tourists while here. Their safety should be our top priority.

The things that can influence tourists’ safety are guides, tour companies and the tourists themselves. I think the most important element is the guides.

There are currently about 200 legal Chinese-speaking Thai guides in Phuket. That’s not enough to serve all the Chinese tourists who come here, so tour companies have a couple of tricks to get around this.

They either hire a Thai who can speak Chinese but has not been trained as a guide, or they let a Chinese citizen guide the group and have a certified Thai guide who cannot speak Chinese go along in case they are stopped by police.

In the first case, the untrained guide can speak Chinese but may not have enough knowledge to guide the tourists safely. In the second case, the two guides may have communication problems.

Right now there are about 400 illegal Chinese-speaking Thai guides in Phuket.

It seems like the government is just trying to catch these illegal guides. This is not a solution; it’s a waste of time. The guides pay a fine and keep working. The real solution is to help these illegal guides become legal by providing them with training.

I’ve already suggested this to government officials. I led a protest to meet the governor and ask him to open a tour class to certify Thai Chinese-speaking guides. He said he would do it a long time ago, but he hasn’t yet.

A lack of available training is a real problem. There’s no educational institution in Phuket that has a course focusing on Thai Chinese-speaking guides. There’s a guide program at Prince of Songkhla University, but you need a bachelor’s degree to take it and it’s in English. You can study Chinese, but only as a second language, not to become a guide.

It won’t be hard to solve this problem if all the parties work together. The Tourism Authority of Thailand Phuket Office should coordinate with educational institutions to help illegal guides get the training they need to be licensed as legal guides.

And the police should diligently check tour companies to make sure they are complying with guide laws and not hiring Chinese citizens as guides.

Finally, there’s the issue of the tourists themselves. Chinese tourists are notoriously hard to control. If they want to do something, they do it, even if their guide has told them not to.

But I’ll tell you this – when I’m guiding Chinese tourists, I only have to say things once. When we first meet, I tell them straight out; if they travel with me, they have to do what I say.

I hope the government sees the importance of opening a certification course for Chinese-speaking Thai guides in Phuket.

Just a small mistake or misunderstanding can result in harm or even death to a tourist. I don’t want that, and I don’t want tourists to have a bad impression of Phuket tourism.

Phuket Opinion: Saving swimmers by keeping them out of the sea

Phuket Opinion: Thanks giving for 4th of July celebrations at Phuket Airpark