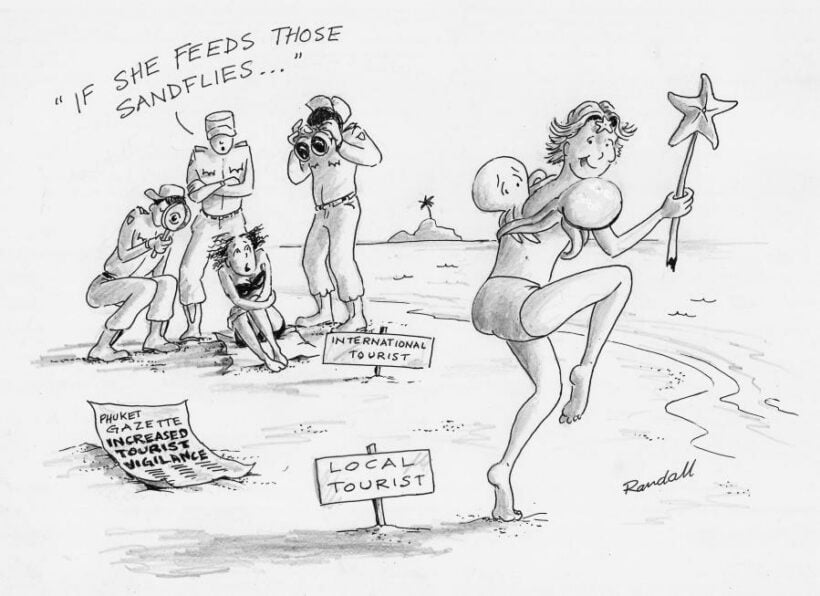 PHUKET: The recent fine levied on a tour guide for removing a starfish from the sea in a marine national park has once again drawn international attention to how erratic Thai law enforcement appears to be when it comes to issues involving mass tourism, environmental conservation and foreign guests.

The latest uproar in social media came after a Thai tourist posted pictures of herself on Facebook with a starfish on her head. The creature was reportedly obtained by, or with the help of, the tour guide.

The guide was subsequently fined 500 baht. The tourist later apologized over the incident, saying she had been unaware of rules protecting marine wildlife inside national parks. She was never fined or otherwise punished.

The temporary removal of a starfish from the sea hardly constitutes an egregious environmental crime, especially when compared with the overwhelming and relentless onslaught against nature posed by humankind at every level. But part of the resulting uproar over this incident stemmed from the fact that the tourist got off scot-free, unlike some foreign tourists who had their holidays ruined over similar breaches.

In those cases, the foreign “criminal’s” pleas of ignorance made little difference to authorities, who also failed to charge the real culprits: their Thai tour guides. Such incidents only further consolidate negative perceptions that the Thai criminal justice system is rigged in favor of rich Thai nationals. It also reinforces negative perceptions relating to unfair double-pricing strategies in the tourism industry that have gone unaddressed by numerous administrations.

The incident will probably go some way in raising public awareness about how tourists and guides should conduct themselves in our national parks. We certainly have a long way to go in educatting people about the fact that wildlife needs to be protected and preserved, not used as a backdrop for selfies.

That the incident occurred not long before two Russian tourists were fined for ‘getting it on’ in the back of a moving tuk-tuk also indicates a trend that law enforcement is actually monitoring and taking action on ‘viral’ social media reports.

This is a worrying trend in our new millennium world that is already reeling in confusion from a preponderance of propaganda, ‘fake news’ and ‘alternative facts’.